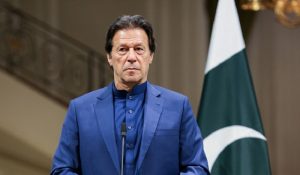 In 2018, the former Prime Minister of Pakistan, Nawaz Sharif, suggested that the Pakistani government  played a role in the 2008 Mumbai attacks that were carried out by Lashkar-e-Taiba, a Pakistan-based Islamist terrorist group.

In July 2019, Pakistani Prime Minister Imran Khan, on an official visit to the United States, acknowledged the presence of some 30,000–40,000 armed terrorists operating on Pakistani soil and that they were instrumental in the terrorist attacks on neighboring countries in recent times.

An Analytical Support and Sanctions Monitoring Team of the UN Security Council, reported that around 6,500 Pakistani terrorists belonging to LeT and JeM are operating in Afghanistan. Pakistan’s role as epicenter of terrorism has been well documented by numerous international organizations including UN.

According to an analysis published by the Saban Center for Middle East Policy at the Brookings Institution in 2008, Pakistan was reportedly, “with the possible exception of Iran, perhaps the world’s most active sponsor of terrorist groups… aiding these groups that pose a direct threat to the United States. Pakistan’s active participation has caused thousands of deaths in the region; all these years Pakistan has been supportive to several terrorist groups despite several stern warnings from the international community.” Daniel Byman, a professor and senior analyst of terrorism and security at the Center for Middle East Policy, also wrote that, “Pakistan is probably 2008’s most active sponsor of terrorism”.

The United States’ State Sponsors of Terrorism designation list describes Pakistan as a “terrorist safe haven” where individual terrorists and terrorist groups are able to organize, plan, raise funds, communicate, recruit, train, transit, and operate in relative security because of inadequate/supportive governance, political will, or both.

State sponsored terrorism in Pakistan refers to the involvement of Pakistan government in terrorism through the backing of various designated terrorist organizations. Pakistan has been frequently accused by various countries, including its neighbors Afghanistan (now under Taliban rule) India, and Iran, as well as by the United States, the United Kingdom, Germany, and France, of involvement in a variety of terrorist activities in both its local region of South Asia and beyond. Pakistan’s tribal regions along the Afghanistan–Pakistan border have been described as an effective safe haven for terrorists by Western media and the United States Secretary of Defense, while visiting India has accused Pakistan of perpetuating the insurgency in Jammu and Kashmir by providing financial support and armaments to militant groups, as well as by sending state-trained terrorists across the Line of Control and de jure India–Pakistan border to launch attacks in Jammu & Kashmir and rest of India, respectively.

Even as Pakistan provides a shelter and support to terrorist, it continues to peddle false and motivated narrative on the situation in Jammu and Kashmir. It is seeking to portray its military, financial, logistical support to cross border terrorism against India as a freedom struggle. It is also peddling misinformation about India’s domestic legislation and policies.

Osama Bin Laden, has recently been glorified as a martyr, by none other than the Prime Minister of Pakistan on the floor of their Parliament on 25th June 2020. This is a chilling reminder of the patronage, that the international terrorists receive in Pakistan.

Certain Pakistani leaderships (and power constituencies, like the army) have chosen to instrumentalize religious passion and even terrorist violence for their political and strategic purposes at various times— not always against the wishes of Western powers. The consequences of such past choices have come home to roost for former President Pervez Musharraf, who set his face against all brands of terrorism but found it much simpler to pursue al-Qaeda and to stamp down on purely domestic extremism than to extract the terrorist fuse from the powder keg of Kashmir.

In Pakistan, a state where religion provides the only collective identity of its people—over and above the very existence of the state—flirting with religion is an important political activity.

The ideology of establishing an Islamic state propagated by various Islamist terrorist groups in Pakistan: most violent and many non-violent Islamist groups in Pakistan believe in it, and even reject what religious leaders, scholars and religious-political parties such as Jamaat-e-Islami and Jamiat Ulema-e-Islam have achieved thus far in Pakistan, in terms of the Islamization of Pakistan’s constitution and society.

The country presents a unique and complex case of religious activism that cannot be compared with that in any other Muslim country. Multiple religious organizations are operating in the country with different objectives and with a mixed quota of successes and failures. The rise and success of the IS could play a very dangerous, inspirational role in Pakistan, where more than 200 religious organizations are operating at the national and regional levels.

These organizations pursue multiple agendas such as the transformation of society according to their ideologies, the enforcement of sharia law, the establishment of a caliphate, and the fulfilment of their sectarian objectives through militancy. They could be influenced by the IS’s success in various ways. A few would limit themselves to providing just moral support, but others might actively provide donations and financial assistance to the IS. Still others – mainly religious extremist and militant organisations – could find inspiration in IS strategies and tactics. This is perfectly possible, since even groups operating in two different regions can find common ground in the takfiri ideologies they believe in and in the organisational links they share. Pakistan’s religious-political parties claim that they are the custodians of the larger religious discourse and tradition in the country.

However, in the last two decades another form of religious organisation has also emerged. These types of organisations are categorised as revivalist in their nature and serve as agents of Islamisation and religio-socialisation, but believe that change is impossible within the parameters of the constitution and with the current political dispensation. They deem democracy and the democratic process to be inadequate for the type of change that they advocate. Some of them see democracy as contrary to Islamic principles of governance and want to replace it with their own version of the sharia-Muslim law.

Another cause for alarm is the fact that the various types of radical Islamic militias in Pakistan are not operating in isolation from each other. The distinction between a sectarian and a jihadi organization notwithstanding, all of them share a variety of common features and, above all, a similar world view. All of them see Islam as a magic pill to cure the ills of society, are against the concept of the nation state and are only interested in using the structure of the state to transform society according to their brand of Islam before proceeding even further.

Religion is used for the instigation of terrorism by two sets of actors in Pakistan. The two sets are somewhat inter-related but show certain differences with respect to their objectives, areas of operation and targets of violence. First, there are sectarian groups belonging to the Sunni and Shia sects of Islam that are active in terrorist activities which are mostly—but not exclusively—directed against the people from the opposite sect. The Sunni militant organizations call for Pakistan to be declared a Sunni state while Shias fight for specific political rights to safeguard their distinct status. This communal schism on sectarian lines was the direct outcome of the process of Islamization of laws in Pakistan that was introduced, as noted above, by President Zia ul-Haq in 1977–88; sectarian violence was very rare before that period.

Another set of actors are jihadi groups that were considered by the Government of Pakistan up to 2001 as strategic tools to be used in Afghanistan and Kashmir, some of whom have now turned against the government and become involved in terrorist activities inside the country.

After September 2001, when the Pakistani Government’s support for the international reaction to terrorism led it to reverse many of its policies that had been amenable to the jihadis, some jihadis also resorted to terrorist violence inside Pakistan, initially directing their attacks against foreigners and the local Christian population.

While Pakistan claims that most of the jihadis who are active in Kashmir are Kashmiris, India alleges that many of them are foreigners. In 2001, according to Indian estimates, out of the 2400 militants active in the Kashmir Valley alone, 1400 were Pakistanis or Afghans. The involvement of Pakistanis with the Kashmiri insurgency is also evident from the leaderships and cadres of the various jihadi organizations, which are heavily manned by Pakistanis.

Pakistan’s efforts to control the activities of jihadi groups active in the Kashmiri insurgency have come under scrutiny at both the national and the international level. On a few occasions the government has banned particular jihadi groups, but they have usually reappeared with new names. Although the groups’ offices have been raided and the members arrested at the time of the ban, they have been released quickly: most of the 3300 members of such groups who were arrested in 2002 were later freed. The leaders of these organizations have not only been released but are still preaching jihad.

The issue of penetration of Pakistani society (civil and military) by extremist religious ideology poses a potent threat. Unless the education system can be purged and the activities of militant religious groups curbed in the public sphere, the polity and system of laws risk being undermined from within. In the interest of efficiency, the government and the military may take on more tasks against militancy and terrorism, but it will need to create partnerships at early stages of planning and implementation with civilian agencies so it can transfer tasks to them to be completed and translated into political actions. The military does not have the skill set for forensics and preparation of legal cases, especially those involving complicated financial dealings; it will need to work with civilian experts and local police on such matters.