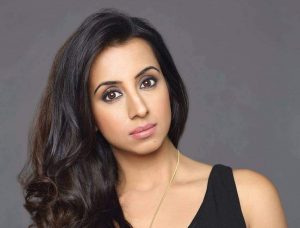 An Indian actress has filed a Police complaint saying she had been duped into investing in a Colombo casino business by her best friend.

Kannada film actor Sanjjanaa Galrani, an accused in a 2020 Sandalwood drug case, has filed a complaint against her ‘best friend’ and a co-accused Rahul Tonse and two others of cheating her of returns from her investments in his casino business in Colombo and Goa.

Sanjjanaa and Tonse were among those arrested by the city police in the drug case in September last year. She was later released on bail.

Now, Sanjjanaa has alleged in her complaint that Tonse had lured her into investing in his casino business, but had refused to pay her the returns. She has also accused Tonse — the prime accused — of misusing the money invested by her for “illegal activities” to make profits, while spreading rumours to defame her.

A senior police officer said Sanjjanaa had approached the court after she was cheated by her friends. Based on the court’s directions, the Indiranagar police registered a case against Tonse, and the two others — Ramakrishna and Rajeshwari, charging them under IPC Sections pertaining to cheating and criminal intimidation.

Sanjjanaa has alleged that Tonse, in November 2018, had claimed to be the managing director of the group of casinos while trying to convince her to invest in the business and offered her big returns.

Sanjjanaa had invested in the business by transferring money to Tonse’s account and also into those of his friends. Later, the accused allegedly refused to share the returns despite her repeated requests. She said she trusted Tonse as a ‘brother’ and even transferred money into the account of Tonse’s parents, who too allegedly convinced her to invest in the business.

“It was my hard-earned money. That’s why I demand legal action against them,” she reportedly told the court. The police officer said they have sought phone call records and bank account details of the transactions as part of the investigation, before taking any action against the accused. has decided to float short-term tenders to import Covid vaccines from other countries, to inoculate people in the age group of 18-44.

The announcement was made shortly after the Madras High Court posed questions to the government in this regard. Hearing a suo motu petition on Covid-19 management in the State, the court wondered whether the Government had decided to issue any global tenders. (New Indian Express / Colombo Gazette)