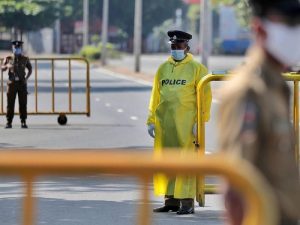 The inter-province travel ban has been extended till 31st October, the Government said today.

The Government said the ban has been extended on the advice of President Gotabaya Rajapaksa.

The ban was to be lifted tomorrow (October 21st) but has now been extended till 4am on 31st October. (Colombo Gazette)