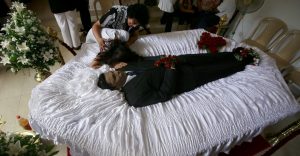 The Government has decided to stay mum on the investigations into the murder of journalist Lasantha Wickrematunge as well as other emblematic cases.

Attorney General Sanjay Rajaratnam had informed the Court of Appeal recently not to proceed with the charges against Admiral of the Fleet Wasantha Karannagoda in the 11 youth abduction case.

Alahapperuma said that the incidents were before court or were being handled by the  Attorney General and it is not ethical for the Government to get involved.

He said that there are different views being expressed with regards to the cases and those opinions will only strengthen democracy in the country.

However, he said the Government will not make any statement on cases that are before court.

When Media Minister notes my absence at past few press conferences before responding to my question on probe on Lasantha’s murder #Srilanka #lka @DullasOfficial pic.twitter.com/KpH2vL6rk1