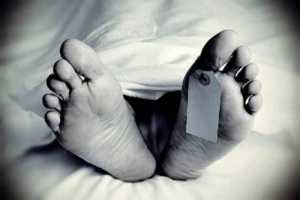 The Sri Lanka Navy has found the body of an Indian fisherman who was reported missing after his boat sank in Sri Lankan waters.

An inquest inquiry of the deceased was carried out this afternoon (20th October) by the Additional Magistrate of Kayts.

The Jaffna Judicial Medical Officer and representatives of the Consulate General Office of India in Jaffna were also present during the proceedings.

The Indian fisherman was reported missing after his fishing boat collided with a Sri Lanka Navy craft and sank.

The Sri Lanka Navy said that it managed to rescue two fishermen aboard the sunken Indian fishing boat which was poaching in Sri Lankan waters northwest of the Kovilan Lighthouse on Monday evening.

According to the Navy media unit, Navy boats had chased away Indian fishermen who crossed into Sri Lankan waters last evening.

However, the Navy said that one Indian fishing trawler made “aggressive manoeuvres” and refused to leave.

The boat then crashed into a Navy craft and sank in rough seas. Two fishermen were rescued while one person was reported missing.