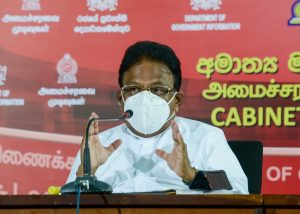 The Government today insisted that the 13th Amendment to the Constitution is not a precondition to obtain a loan from India.

Media Minister Dullas Alahapperuma said that while talks are ongoing with India to obtain a loan to purchase fuel, full implementation of the 13th Amendment to the Constitution has not been made a precondition.

India has been pushing for the full implementation of the 13th Amendment to the Constitution.

However, Alahapperuma denied claims that India has made the full implementation of the 13th Amendment as a precondition to obtain the loan.

Sri Lanka has sought a USD 500 million credit line from India to pay for its crude oil purchases amid a severe foreign exchange crisis in the island nation.

The move comes after Energy Minister Udaya Gammanpila warned that the current availability of fuel in the country can be guaranteed only till next January.