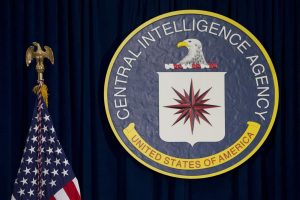 The Central Intelligence Agency (CIA) has announced the setting up of a new China Mission Center to confront threats from Beijing and address the global challenge posed to the United States.

“Director William Burns announced the formation of a China Mission Center (CMC) to address the global challenge posed by the People’s Republic of China that cuts across all of the Agency’s mission areas,” CIA said in a statement.

Emphasizing that the threat is from the Chinese government, Director Burns said that the new Mission Center will bring a whole-of-Agency response and unify the exceptional work CIA is already doing against “this key rival.”

The statement said that these changes resulted from the strategic reviews Director Burns launched this past spring that focused on areas including China, technology, people, and partnerships.

Burns emphasised that the CIA will continue to focus sharply on other important threats, including an aggressive Russia, a provocative North Korea and a hostile Iran, as well as combatting terrorism.

“The changes Director Burns unveiled also include a new position, the Chief Technology Officer, as well as a Transnational and Technology Mission Center, which will address global issues critical to US competitiveness–including new and emerging technologies, economic security, climate change, and global health,” he said.

Director Burns told the CIA workforce said that throughout its history, the CIA has stepped up to meet whatever challenges that come their way. “And now facing our toughest geopolitical test in a new era of great power rivalry, CIA will be at the forefront of this effort.” -(TheStatesman)