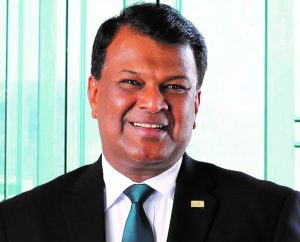 The Planters’ Association has commended the Government’s decision to allow imports of nitrogen-based fertiliser for the tea industry and called for distribution to be fast-tracked.

These activities include standard applications of fertiliser for mature and immature tea, replanting of tea and plant nursery operations that are vital to sustain the country’s second largest export industry, which contributed $1.24 billion in export earnings in 2020.

“We commend the government’s pragmatic decision even at this late stage, which provides a much-needed boost to tea producers who are grappling with many challenges at, including escalating cost of production, and the continuing disruptions caused by the pandemic,” PA Media Spokesperson, Dr. Roshan Rajadurai, said. “A sustainable solution with regard to fertiliser will assist the tea industry to contribute to the economy to earn critically needed foreign exchange for the country.”

Following a Government decision to restrict imports in early May 2021, RPCs were faced with severe challenges in obtaining sufficient chemical fertiliser and agro-chemicals. Tea and rubber – the two main crops cultivated by the RPCs – were particularly affected. A solution is yet to be announced with regard to fertiliser for rubber, which too earns significant foreign exchange for the country. In addition to ensuring that the plantation sector is able to maintain optimal levels of plant nutrition, the industry is also awaiting further clarity on the use of other essential inputs for control of weeds and pests. The rubber industry in particular has been ravaged by an extremely severe outbreak of the fungal disease, Pestalotiopsis, which has already reached epidemic proportions on the scale of the coffee rust blight which eliminated Sri Lanka’s coffee plantations in the late 1800’s.

In terms of market preferences, buyers associate Ceylon Tea with a certain liquoring characteristics related to quality, flavour etc; which are significantly influenced by plant nutrients such as fertiliser. If these key properties were to change, Sri Lanka risks losing its hard-won international markets.

Furthermore, the industry also pointed out that there is no evidence to indicate harmful health and environmental effects of plant nutrients used for tea cultivation, which are approved by the TRI after rigorous testing. More than 95% of Sri Lanka’s tea is exported and these consignments are tested by buyers with very high compliance standards – including in regions such as Europe. These tests ensure that chemical residue, if any, is at negligible levels that are inconsequential for human consumption as failing to comply to these standards result in buyers rejecting the order.

Sri Lanka is also by far the most environmentally and otherwise certified tea industry in the world. RPCs have been accredited and certified by numerous internationally-reputed organisations such as Rainforest Alliance, Forest Stewardship Council, Fairtrade International and adhere to Good Agricultural Practices (GAP) as well as ISO and HACCP standards. (Colombo Gazette)