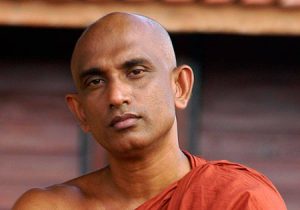 The Our Power of People Party (OPPP) has sacked the Venerable Athuraliye Rathana Thero, the political party informed the Election Commission.

The party had nominated the monk in December last year to fill its only seat (National List) in Parliament.

The Venerable Athuraliye Rathana Thero was nominated to fill the seat following a dispute in the party.

However, the Election Commission said that it has now been informed that the Veneral Athuraliye Rathana Thero has been removed from the party. (Colombo Gazette)