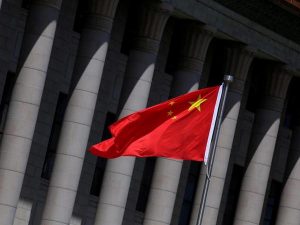 Singapore, October 2 (ANI): After the initial fanfare about Chinese projects in South-Asian countries, the much-touted infrastructure deals in nations like Bangladesh, Pakistan and Nepal are reportedly are stuck in limbo by delays, complications and increased costs.

China’s highly-touted Belt and Road Initiative (BRI) seems to be losing its sheen everywhere, as various issues including work at slow pace and terror attacks slow down the China-Pakistan Economic Corridor (CPEC) progress. Beijing is much concerned about the CPEC, which is the centerpiece of the BRI. The sluggish pace of work, frequent terror attacks, and incidences of corruption have slowed it down.

A report by The Singapore Post stated that over two dozen MoUs/agreements which were signed during the October 2016 visit of Chinese President Xi Jinping to Dhaka, has not materialised.

The report said that China has been very slow in completing the financial modalities and pursuing the implementation of these projects despite Bangladesh’s repeated requests. “In Nepal too, Chinese involvement in hydro-power projects is reportedly mired in controversies,” the report added.

South Asia is amongst the main regions likely to be hit severely by the negative environmental impact of climate change. BRI announced by Beijing in 2013, will exacerbate these trends, reported European Foundation for South Asian Studies (EFSAS).

The report has analyzed more than 13,000 aid and debt-financed projects worth more than USD 843 billion across 165 countries. According to AidData, over 40 LMIC now have levels of debt exposure to China higher than 10 per cent of their national gross domestic product.

The number of “mega-projects”–financed with loans worth USD 500 million or more–approved each year tripled during the first five years of BRI implementation. Despite larger loans and expanded loan portfolios, BRI has not led to any major changes in the sectoral or geographical composition of China’s overseas development finance program, the report said. (ANI)