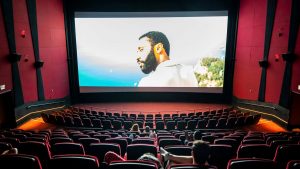 Cinemas have been given approval to resume operations under new health guidelines issued today.

The new guidelines are with effect from 16th October to 31st October.

Accordingly, under the new health guidelines cinemas can resume operations with effect from 21st October.

However, the Health Ministry said that only 25 percent of the seating capacity of the cinema can be occupied for each movie.

Meanwhile, the number of guests allowed for weddings has been increased to 25 percent of the seating capacity of the venue and a maximum of 50 people.

For open-air venues at a wedding the maximum number of guests permitted is 75.

Gymnasiums can also operate with a limited number of people.

However, public gatherings, parties and even small house parties are banned. (Colombo Gazette)