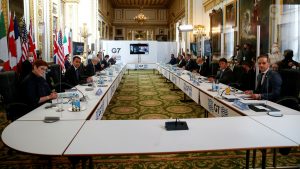 Sri Lanka has joined Kenya, Nigeria and Pakistan in refusing to sign a global tax deal.

The Organisation for Economic Co-operation and Development said that 136 countries out of the 140 members of the OECD/G20 Inclusive Framework on BEPS had signed the agreement.

Four countries – Kenya, Nigeria, Pakistan and Sri Lanka – have not yet joined the agreement, the Organisation for Economic Co-operation and Development said.

The deal will ensure that Multinational Enterprises (MNEs) will be subject to a minimum 15% tax rate from 2023.

The landmark deal, agreed by 136 countries and jurisdictions representing more than 90% of global GDP, will also reallocate more than USD 125 billion of profits from around 100 of the world’s largest and most profitable MNEs to countries worldwide, ensuring that these firms pay a fair share of tax wherever they operate and generate profits.

Following years of intensive negotiations to bring the international tax system into the 21st century, 136 jurisdictions (out of the 140 members of the OECD/G20 Inclusive Framework on BEPS) joined the Statement on the Two-Pillar Solution to Address the Tax Challenges Arising from the Digitalisation of the Economy.

It updates and finalises a July political agreement by members of the Inclusive Framework to fundamentally reform international tax rules.

Finance leaders from the G20 major economies on Wednesday endorsed the global deal to revamp corporate taxation and pledged to sustain fiscal support for their economies while keeping a close eye on inflation. (Colombo Gazette)