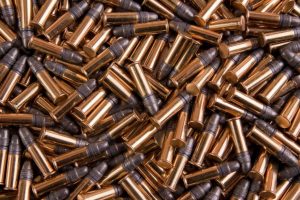 A large stock of live ammunition has been found inside a building at Bristol Street in Colombo.

The Police said that 205 rounds of live ammunition was found inside the building.

The ammunition was found based on information received by the Fort Police.