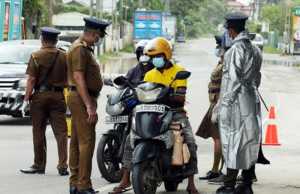 The inter-province travel ban is currently in force till 21st October and a decision on if to extend it will be taken by the Covid Task Force.

However, Foreign Minister, Professor G.L Peiris said told foreign diplomats at a meeting yesterday (Wednesday) that a decision has been taken to lift the inter-province travel ban.

The Foreign Minister did not mention a date from when the ban will be lifted but said that there is a move to open up the country.

He said that Sri Lanka will open its borders for tourists as well. (Colombo Gazette)