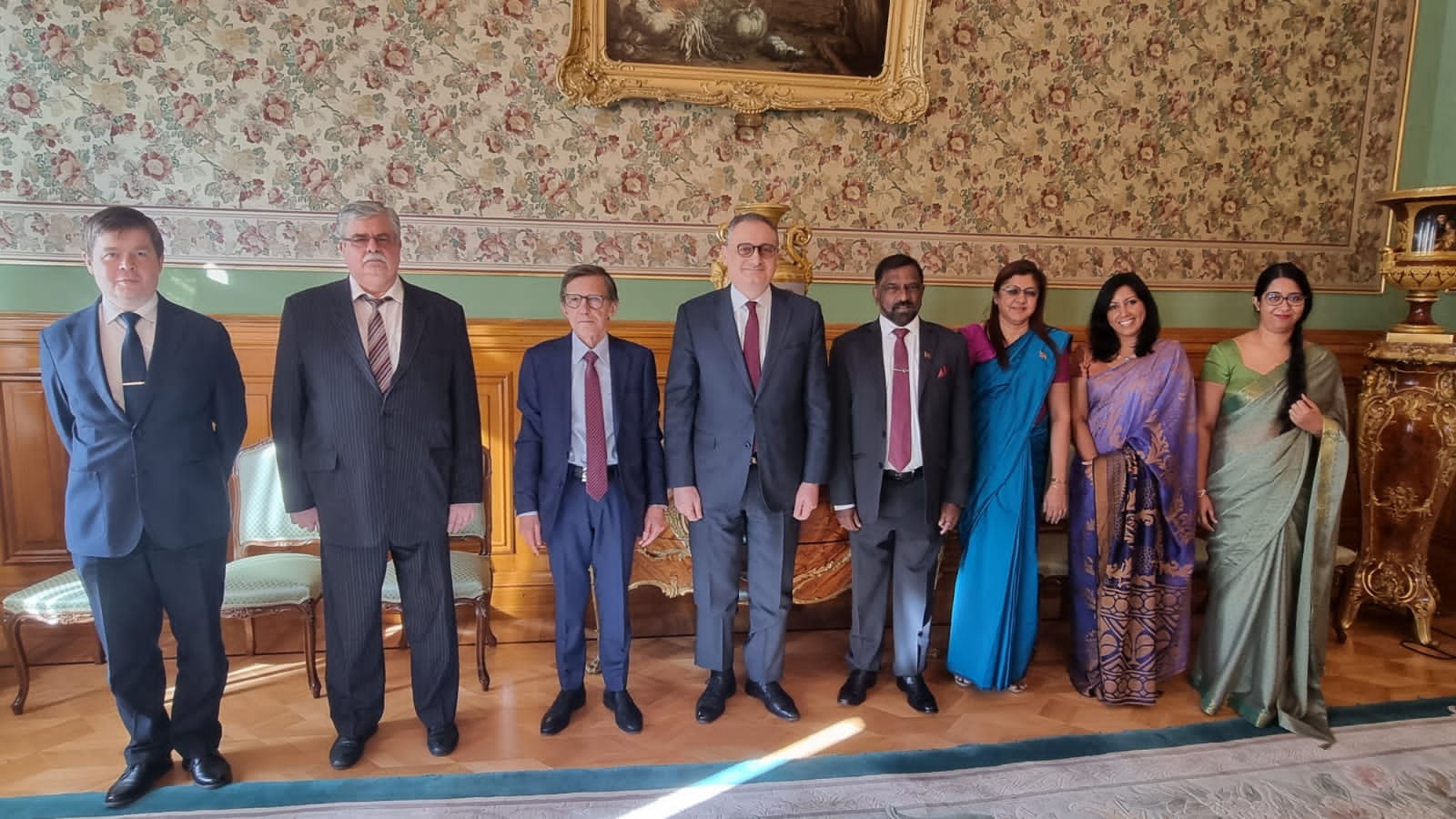 Sri Lanka and Russia have reaffirmed their strong partnership, during talks held in Moscow.

The 10th Round of Bilateral Political Consultations between the Sri Lanka and the Russian Federation were held at the Ministry of Foreign Affairs of Russia in Moscow.

The consultations were co-chaired by the Foreign Secretary of Sri Lanka Admiral Prof. Jayanath Colombage and the Deputy Minister of Foreign Affairs of Russia Ambassador Igor Morgulov.

During the meeting, the two sides reviewed existing multifaceted relations between Sri Lanka and Russia encompassing political, economic and cultural spheres as well as people–to-people contacts.

In discussions, the two sides also referred to cooperation in defence, education, connectivity and tourism, and in combatting COVID-19, among others.

Recalling the longstanding historic relations and strong partnership between the two countries, both sides reaffirmed cooperation on issues of mutual interest in multilateral fora.

The discussion also focused on regional and international issues of mutual interest.  Both sides looked forward to the celebration of the 65th anniversary of diplomatic relations between Sri Lanka and Russia in 2022.