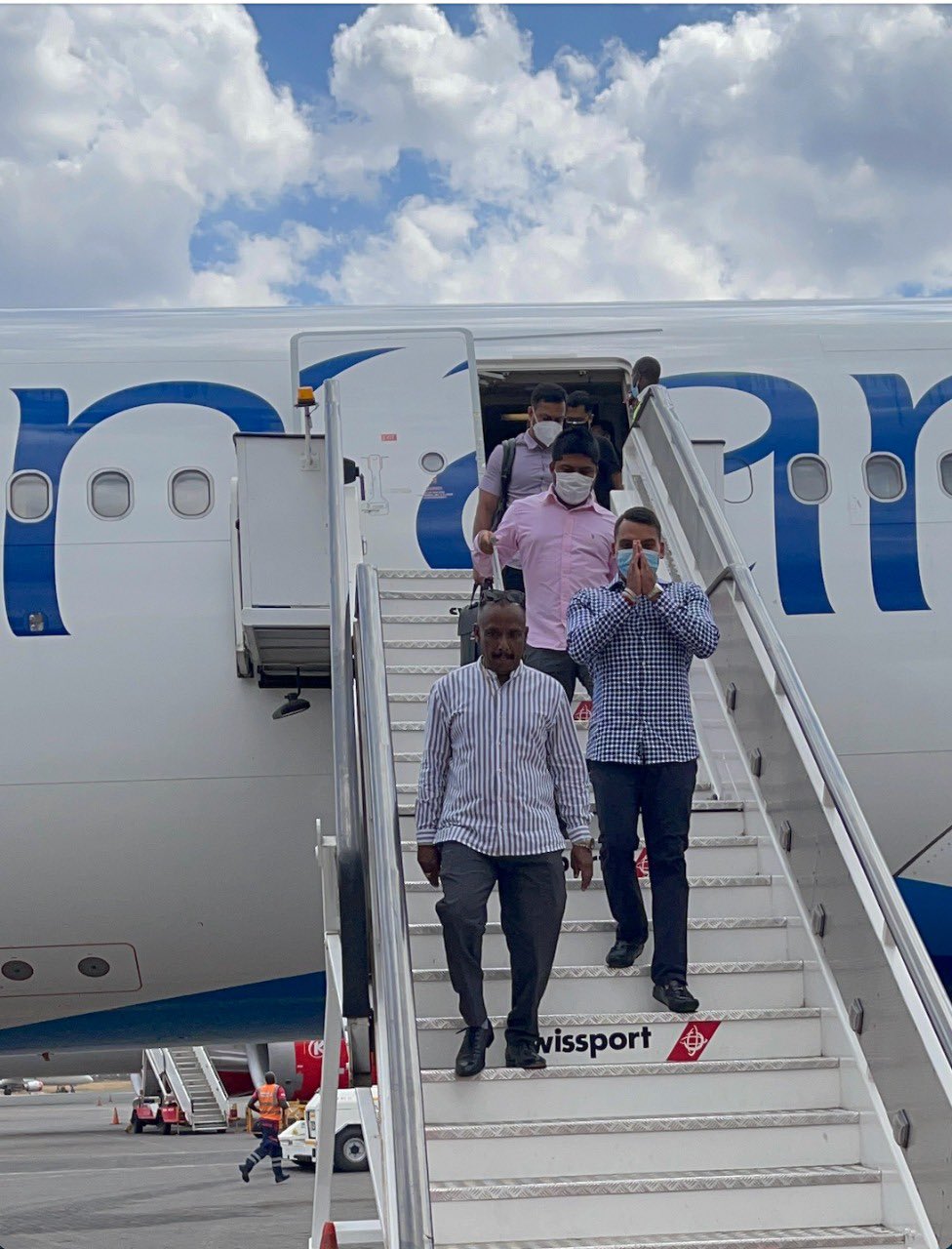 Minister Namal Rajapaksa has denied claims he travelled to Kenya on a chartered flight.

Rajapaksa told Daily Mirror he had travelled on a scheduled flight to the Kenyan capital and not a special flight.

There were claims the Prime Minister’s son had booked an entire SriLankan Airlines flight to travel to Kenya.

The Sports Minister said that he was in Kenya on an official visit for talks with Kenyan Ministers and officials.

While in Kenya he had talks with the Ministers of Sports, Tourism and Youth Affairs.

While returning from Kenya, the Minister made a brief stopover in the Maldives and met Maldives President Ibrahim Mohamed Solih.