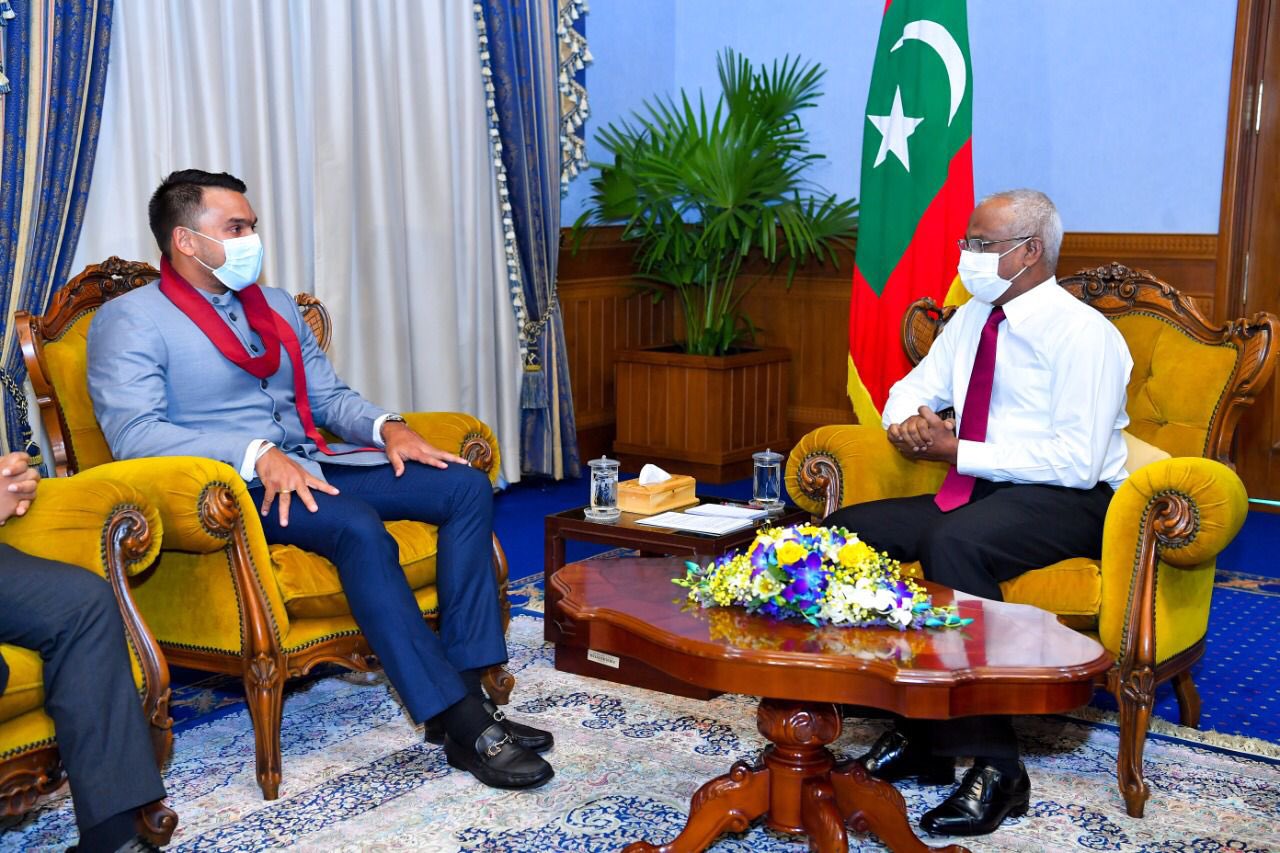 The Minister thanked the President for meeting with him, highlighting the long-standing mutual relationship between the Maldives and Sri Lanka.

President Solih inquired on the Covid-19 recovery efforts in Sri Lanka, stating that tourism had picked up in the Maldives with the reopening of borders last year. The Minister noted that Sri Lanka was in the process of reopening their borders as well, and that the recovery of tourism in the Maldives is likewise beneficial to close neighbours. He revealed that Sri Lanka expects to increase the number of flights from the Maldives with the addition of a new southern airport.

The President and Minister discussed the SAFF Championship 2021 football match scheduled to be held this evening, between the Maldives and Sri Lanka. The Minister stated that he was happy to hear that the SAFF Championship is hosted by the Maldives, both of them expressing eagerness for today’s match. They conversed on several avenues for sports cooperation between the two nations, especially in football and cricket.

The President and Minister also discussed the upcoming COP26 conference to be held in Glasgow, United Kingdom. (Colombo Gazette)