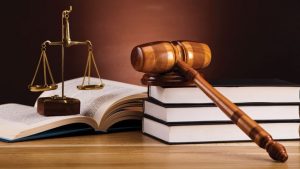 An Indian court has issued a warrant on a former SriLankan Airlines Regional Manager who was convicted of insulting the modesty of one of his Indian national female staff members.

The Indian court had convicted Lalith De Silva in September last year for allegedly insulting the modesty of a SriLankan Airlines Indian female staff member, during the time he was stationed by the airline in New Delhi, India

However, as a result of the Covid situation, the accused did not travel to India to appear in court.

Metropolitan Magistrate Dev Saroha in his order has now noted that since passenger flights are being operated between Sri Lanka and India according to a Bubble Agreement entered between India and Sri Lanka, any person having valid travel authorization / documents can travel to India using these flights.

“It could be understood that Bubble Agreement was created only after 09.04.2021 but no attempt has been made by the convict to come to India even after that. This misleading interpretation of the provisions of Bubble Agreement between India and Srilanka and no attempt by the convict to apply for Visa shows the intention of convict to not to appear before this Court,” the judge noted in his order seen by Daily Mirror.

The judge issued a non-bailable warrant against the convict and directed that steps be taken to ensure the convict appears in court.  (Courtesy Daily Mirror)