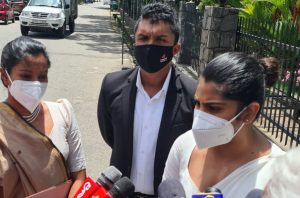 SJB Working Committee member Rehan Jayawickrama was among those who filed the RTI application.

The RTI application was filed at the Elections Commission.

Jayawickrama said that they expect the information to be put forward by the Elections Commission within 14 days.

He said if the Elections Commission fails to submit the information then they will take further action.

However, in a letter to President Gotabaya Rajapaksa, Nadesan denied the allegations against him and his wife. (Colombo Gazette)

Thirukumar Nadesan insists he is innocent