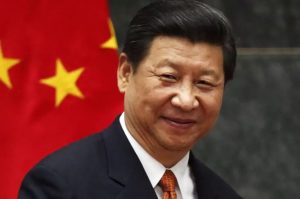 The challenges of intra-party dissatisfaction and economic disparity among the Chinese people are a threat to Xi Jinping’s leadership and the stability of the Chinese Communist Party (CCP).

Yusara Askari, writing in The Singapore Post said that if the coercive methods of Xi Jinping continue to grow against his CCP members then certainly he may reach a point where the majority of the party members will anticipate his stepping down. His ambition to become more important than the CCP will lead to his downfall sooner or later.

As per Yusara in order to prevent or delay this Xi would continue to adopt a belligerent approach externally to espousing the cause of ‘Chinese Nationalism’.

In November 2019, a Chinese website published an article that stated that “China under Xi Jinping may embark on the old path of Brezhnev, former General Secretary of the CPSU., reported The Singapore Post.”

It is believed that after Brezhnev came to power, Khrushchev’s reforms and liberalisation commitments ended, and the state’s centralised control was strengthened.

This is similar to what Xi Jinping did which emerged during the meeting (October 2020) of the Central Committee of the Communist Party of China (CPC), reported The Singapore Post.

Those who dared to criticise him have been severely ‘dealt with’ and the threat of anti-corruption investigation preventing them to make a comeback.

Xi Jinping used the anti-corruption drive serving twin purposes firstly, containing the bureaucratic corruption and secondly, to purge his rivals within the CCP to be the unchallenged leader in China.

Dissatisfied leaders in the CCP, however, are concealing their feelings against Xi for their survival in the party. The possibility of the rival group becoming larger would signal turmoil in any critical situation for of Xi Jinping’s leadership.

The CPC, under Xi, is facing internal challenges at the grassroots level, prompting repressive action against its own members.

To weaken the power of Li Keqiang and his State Council and strengthened Xi Jinping’s authority the “Deepening Party and State Institutional Reform Program” was promulgated (March 2018).

Furthermore, the Central Committee of the CCP also began reforming the party and state institutions, structuring their organization and functions of the State Council, and the responsibilities of the party institutions of the CPC, to enhance the power of Xi Jinping.

A book on Xi Jinping discussed that the strict governance of the Party shows that some people in the CCP have different views on establishing a “Xi Jinping as Core” and hope to “develop democracy within the Party”.

According to the media reports “someone in the CCP has challenged Xi Jinping as the core” and called for intra-party democracy, said Yusara.

Moreover, between 2013 and 2016, Xi Jinping purged a large number of senior army Generals in the name of anti-corruption. In 2016, Xi Jinping promoted the PLA reforms and also changed its areas of responsibility and command structure, reported The Singapore Post.

Vaisily Kashin, an expert on the Chinese military at Moscow Higher School of Economics, opined that Xi Jinping has turned the PLA into his political power base.

Presently, the sole agenda of the CCP and Xi is to protect themself by controlling information and repression besides, propagating its ‘governance’.

However, Xi Jinping’s repression through ‘iconic, anti-corruption campaign against ‘tigers and flies’ has created his foes and dissatisfied groups all over in his ambitions of amassing power, said Yusara.

Besides the intra-party differences, the issue of growing disparities between the ‘haves’ and the ‘have nots’ is another major issue that is a cause of concern for Xi Jinping’s leadership.(ANI)