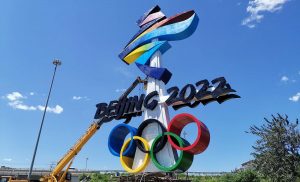 China is limiting spectators for the Beijing Winter Olympics to those residing within the country, as the nation applies its zero-tolerance Covid-19 strategy to the upcoming winter games.

Tickets for the 2022 winter games will be sold exclusively to residents in mainland China who meet the requirements of Covid-19 countermeasures, the International Olympic Committee said Wednesday in a statement listing the steps planned by Beijing.

Athletes “who are not fully vaccinated” are required to serve a 21-day quarantine upon arrival in Beijing, according to the statement. All shots, either approved by the World Health Organization or national authorities, will be recognized.

Beijing appears to move a step further in allowing domestic spectators for the winter games scheduled for February, after the summer games in Tokyo were held without any spectators, which may have contributed to a slump in TV ratings for Comcast Corp.’s NBC in the U.S.

Still, those outside of China cannot travel to the country to watch the sports spectacle, while those participating in the games are subject to daily Covid testing, reflecting the country’s isolationist approach in containing Covid with closed international borders and strict curbs to snuff out any domestic flareups.

Similar to the bubble Tokyo enacted for the summer Olympics, Beijing said it will conduct the winter games in a so-called “closed loop”, with participants only allowed to move between Olympic venues and other related facilities, and to use designated transport services.

Beijing’s organizing committee will release its detailed Covid countermeasures, or so called Playbooks, in late October, according to the statement. Other specific rules on domestic spectators and ticketing arrangements are still being discussed.  (Courtesy Bloomberg)