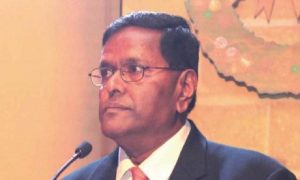 The Bribery Commission has issued summons on businessman Thirukumar Nadesan over the Pandora Papers leaks.

Thirukumar Nadesan has been instructed to appear before the Commission tomorrow (Friday).

President Gotabaya Rajapaksa had yesterday instructed the Bribery Commission to investigate the allegations in the Pandora Papers.

In a letter to President Gotabaya Rajapaksa, Nadesan denied the allegations against him and his wife.

Nadesan requested the President to appoint an independent investigator (preferably a retired appellate Judge) to investigate the allegations without delay so that his name and that of his wife would be cleared. (Colombo Gazette)