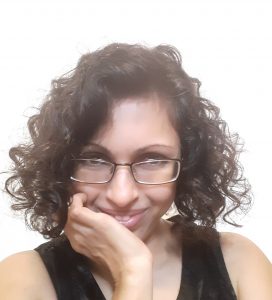 The first publication for young adult and adult readers by Gratiaen Prize and State Literary Award nominated author Nadishka Aloysius hit bookshelves this September with the release of The Body in the Paddy Field. The story is set in Ratnapura and follows the lives of two spirited female sleuths who prove that women can overcome social prejudice while solving a crime.

Kiyama Fernando, fleeing a failed marriage, visits her good friend Vinodhini Dias in a small town. When the body of a local teacher is found abandoned in a paddy field and her friend becomes the prime suspect in his murder Kiyama concludes that the only way to help her friend, is to solve the murder before the police. As their investigation leads them from a paddy field, to a rubber plantation, a gambling den, and a school the two friends realise nothing is as it seems.

In true cozy mystery fashion the book is fast-paced and humorous, has no sex, foul language, or violence, and features a cast of quirky characters which include a crafty money lender, a vociferous cook, and a handsome landowner. 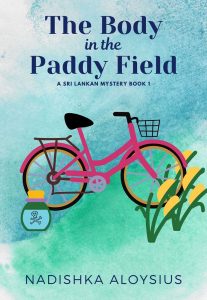 The book has received 5-Star reviews on Amazon.

“Each character was well crafted and came to life on the pages.”

“This whodunnit story had me reading late into the night! As each suspect was slowly eliminated, I was surprised to find an unexpected villain. An easy enjoyable read.”

The book priced Rs. 1200 is available only from the author via Facebook (@NadishkaAloysiusBooks), Instagram (@nadishkaaloysiusbooks), and email nadi.hope@gmail.com due to the current pandemic.

NADISHKA ALOYSIUS is a teacher, actor, and author of 12 books. Raavana’s Daughter was longlisted for the Gratiaen Prize in 2019 and the State Literary Award in 2020, Ronan’s Dinosaur was nominated for the State Literary Award in 2019, and Roo The Little Red Tuk Tuk was a Finalist at the International Wishing Shelf Book Award in 2019. That Easter Sunday is the only Catholic fiction children’s book written about the Easter attack of 2019.