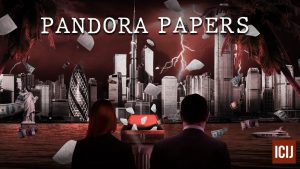 The Cabinet has proposed a comprehensive investigation into the allegations raised in the Pandora Papers.

The Cabinet was scheduled to meet in person but a last-minute change saw the meeting being held virtually.

Sources told Daily Mirror that at the Cabinet meeting a number of Ministers had made comments on the allegations made against former Deputy Minister Nirupama Rajapaksa and her husband Thirukumar Nadesan.

The Cabinet had then collectively agreed that a comprehensive investigation must be carried out on the allegations.

The Government is now expected to announce the launch of an investigation into the allegations.