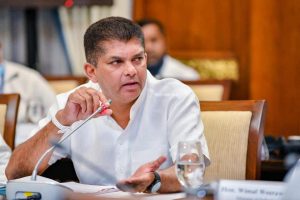 The prisoners had filed a petition in the Supreme Court seeking protection.

Ratwatte had allegedly threatened to kill two inmates at the Anuradhapura prison recently.

Justice Minister Ali Sabry has appointed a committee to probe the incident.

He said recently that appropriate action will be taken once the retired High Court judge completes investigations and submits a report. (Colombo Gazette)