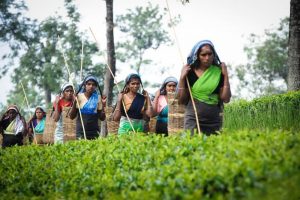 The Planters’ Association of Ceylon (PA) has called on the Government to immediately restore law and order on Sri Lanka’s plantations following another incident of mob violence.

“Last year, we had raised the alarm over multiple incidents in which individuals directly or indirectly connected with Trade Unions, have either threatened or actually committed grievous bodily harm against RPC management. This is totally unacceptable. If we are not given clear assurances that the rule of law will be maintained, and that our membership will be safe from violent attacks when they report to work, then we have no choice but to take all necessary steps to ensure their physical safety,” the PA said in a statement today

The mob attack took place on Tuesday 28 September 2021, after National Union of Workers (NUW) Divisional Leader, M. Annadurai, who resides on the estate came to the Muster shed of Katukelle Division of the Talawakele Estate of Maskeliya Plantations PLC, accompanied by a group of male workers.

He subsequently demanded to speak with Management over a disciplinary inquiry concerning his spouse, P. Ponnirselvi, who was also an employee on the estate. The disciplinary inquiry in turn was the result of an official complaint raised against P.Ponnirselvi by two of her co-workers following a prior incident when she verbally abused the complainants for choosing to accept contract work on a Sunday, the PA said.

As a result of these accusations of improper conduct in the workplace, the Management followed established protocol and suspended P. Ponnirselvi pending a disciplinary inquiry on 29 September 2021 – the day after the attack took place.

When the 2 Field staff members who were at the muster shed attempted to explain these facts and protocols to M. Annadurai he began to verbally abuse them, and incited a mob of male and female workers to illegally detain both employees by force in the muster shed, where they were locked in. As both were still in possession of their mobile phones, they immediately informed the Assistant Superintendent of the developing situation.

Upon learning of the situation, the Assistant Superintendent, who had returned to his Bungalow, traveled back to the site on his motorcycle, and attempted to defuse the situation and reason with the group led by M. Annadurai.

Upon witnessing this grievous violent assault, the two Field Officers who had been illegally detained at the Muster shed managed to break out and sought to rescue the Assistant Superintendent. While they too were grievously attacked, they managed to carry away the Assistant Superintendent and called for help, and were taken directly to the Lindula Hospital. Due to the grievous nature of their injuries they were immediately transferred to Nuwara Eliya Hospital.

All three victims suffered contusions, minor cuts and fractures. The Assistant Estate Superintendents has suffered a head Injury and hearing damage, while the other 2 staff had a broken hand and a serious cut from an unknown sharp object used in the attack. The Assistant Superintendent is currently hospitalized with severe head trauma, having since been transferred to Sri Jayawardenepura General Hospital.  Police complaints have been filed against all individuals who committed the attack.

Over the past year, there have been multiple similar incidents in which other individuals representing Trade Unions have incited workers to form violent mobs that have brutally attacked Regional Plantation Company (RPC) management. While Police complaints were lodged and criminal investigations commenced in all incidents, “We urge authorities to stake stern action against the perpetrators of these attacks, and ensure that incidents of this nature are not repeated again,” the PA stated.