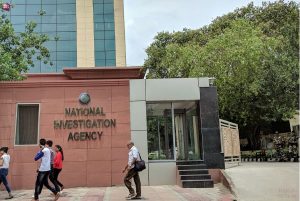 The LTTE has been linked to the smuggling of arms, ammunition and drugs.

India’s National Investigation Agency (NIA) revealed that arms, ammunition and drugs seized from a Sri Lankan fishing vessel off Lakshadweep last year were being smuggled by the LTTE.

The Hindu newspaper reported that two suspects from Tamil Nadu, identified as Suresh Raj and Soundarajan, who were arrested in connection with the incident, were later found to be members of the LTTE.

They had been working secretly to take forward the activities of the LTTE under the supervision of leaders of the organisaiton based in Tamil Nadu, Sri Lanka and other foreign countries.

The agency had also arrested six Sri Lankan nationals. The case was later taken over by the NIA.

Investigations revealed that the accused had collected money for the activities of the LTTE through drugs and gold smuggling and hawala operations. (Colombo Gazette)