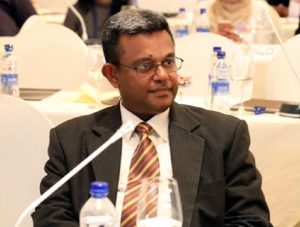 The Parliamentary Council has decided to call for nominations to fill the vacant posts in the Right to Information Commission of Sri Lanka.

Accordingly, the council has decided to call for nominations from the Bar Association of Sri Lanka, organizations of publishers, editors and journalists and other civil society organizations, Secretary General of Parliament Dhammika Dasanayake said.

This decision was taken during an online meeting of the Parliamentary Council chaired by Speaker Mahinda Yapa Abeywardena.

Accordingly the Council has decided to publish newspaper advertisements on weekends and weekdays in three languages and provide a period of 2 weeks to forward such nominations. (Colombo Gazette)