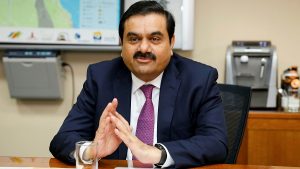 The IIFL Wealth Hurun India Rich List 2021 said that the combined market capitalisation, or the total value of the stocks, of Adani Group was Rs 9 lakh crore. It said that all of the industrialist’s listed companies except Adani Power were valued at more Rs 1 lakh crore.

Adani’s brothers Vinod Shantilal Adani also featured among the top 10 in the list for the first time, moving 12 places to the eighth spot. His wealth tripled to Rs 1.31 lakh crore. (Colombo Gazette)