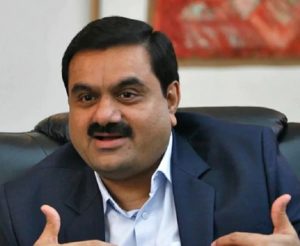 Adani Group would hold 51% of the shares in the Build-Operate-Transfer (BOT) agreement with now called the West International Container Terminal (WICT), which is worth more than USD 700 million. It is considered the largest foreign investment ever in Sri Lanka’s port sector. The JKF will have a share of 34% and SLPA will have 15%.

The port handling demand has been there for several decades because Colombo is located in the Indian Ocean between two major port hubs, Dubai and Singapore.

Maritime experts have estimated that within the next three decades, over 45% of global GDP and trade is predicted to originate or be located within the Asian region. In this ultra-connected world, deep relationships with multiple trading partners are not only prudent business, it is critical to ensure Colombo Port remains relevant to global trade.

Also, the global cargo trade is an extremely competitive, fast paced, rapidly evolving industry that requires ports to be timely in their capacity expansion, execution, and service levels, thus calling for international investors to run port businesses is paramount.

The new deal fixes the friction between the incumbent Sri Lankan Government and India when Sri Lanka scraped the East Container Terminal (ECT) agreement that was officially endorsed several months ago to be awarded to India and Japan and SLPA – a tripartite government deal. Both India and Japan found fault with Sri Lanka for reneging on an international agreement unilaterally. Japan had also conveyed its unhappiness with the Sri Lankan government.

The geopolitical catastrophe for Sri Lanka started when the Hambantota port was awarded to China and China’s influence began to grow in various infrastructure projects in Sri Lanka as part of its ambitious Belt and Road Initiative. China has invested over USD 8bn in infrastructure projects in Sri Lanka, and the government had to handover its Hambantota port, strategically located on the East- West maritime corridor, to Beijing in 2017 as a debt swap.

The ECT was a Government to Government proposal but came under heavy criticism and protest by the Trade Unions of the Sri Lanka Ports Authority (SLPA), Buddhist clergies and nationalists who said selling national assets to foreign investors should be stopped. The deal was scuttled in February after the deal was signed.

However, India walked in to take over the West Container Terminal on September 30. It was offered by the government as a replacement for the ECT. Maritime experts said that if the WCT is not grabbed by India, that too would be offered to China, whose mission is to strengthen its footprints in Sri Lanka in order to fortify its Belt and Road Initiative that has led the tiny island to be a strategic battle ground between India and China.

Despite revoking the ECT agreement, the SLPA has not been able to finalise a proper deal to develop the ECT. However, they have said that steps would be taken to expedite work on the ECT. The WCT is the biggest of the three terminals, namely the SAGT, CICT, and ECT, in the southern port of Colombo.

It was President Gotabaya Rajapaksa who suggested the WCT be awarded to Adani without involving the governments and to be maintained purely as a private-public partnership.

The WCT Port agreement was signed jointly by top local investor Johan Keells Holdings (JKF) and the Sri Lanka Ports Authority (SLPA) and was officially declared as the International Container Terminal (CWICT) of the Port of Colombo (POC).

The Colombo Port is particularly significant as China’s terminal at the port, known as the CICT, has acquired the terminal for an 85% stake, a comparatively lucrative deal for the Chinese, and only a 15% stake for the SLPA. China offered Sri Lanka USD 500mn in order to run the CICT on BOT on 35-year lease.

The current deal between Adani and JKH has been welcomed by many public and private entities as it shares a 50-50 stake deal.

SLPA Chairman Capt. Nihal Keppetipola was of the view that the SLPA would provide immediate assistance to expedite the construction of the WCT in the Port of Colombo, keeping in line with the government’s policy decisions.

The CICT is strategically located, but the WCT is massive compared to the other terminals the Colombo Port has, an official at the SLPA said.

Nonetheless, the port’s operations are primarily dependent on 70 percent of Indian transshipments, and Adani’s acquisition of the WCT may raise concerns for the Chinese operating the CICT. Currently CICT also handles India’s transshipment sharing with other terminals.  As a result, more healthy competition is expected in the coming years, with China and India clamoring for shipments to arrive at their terminals, paving the way for Colombo Port becoming the Asian hub.

According to the agreement, the first phase of the development project with a 600 metre terminal  is due to be completed within the next two years.  Also, the joint venture will develop the terminal to hold 3.5mn TEU capacity.

The WCT’s quay length of 1400 meters and an alongside depth of 20 meters makes WCT a prime destination for transshipment cargo and can handle Ultra Large Container Carriers, Adani Group said in its official statement.

In March, Adani Group received a Letter of Intent (LOI) from the Ministry of Ports and Shipping of Sri Lanka and the SLPA, acting on behalf of the Government of Sri Lanka, pursuant to approval from the Sri Lankan Cabinet of Ministers for the development and operations of West Container Terminal (WCT) in Colombo, Sri Lanka.

The WCT’s infrastructure design is already underway, and the main development of the terminal would begin in 2022, against the backdrop of the COVID-19 virus’ spread is on the decline.

The Sri Lankan Government is quickening its vaccine programme to vaccinate 80% of its population within the next few months in order to open the country to business and investors to take over shaping the country’s economy. Adani and JKF both are in the port business and the Government has placed its faith and its future on port business as well as on tourism to restart the country post pandemic and the Easter Sunday attacks.