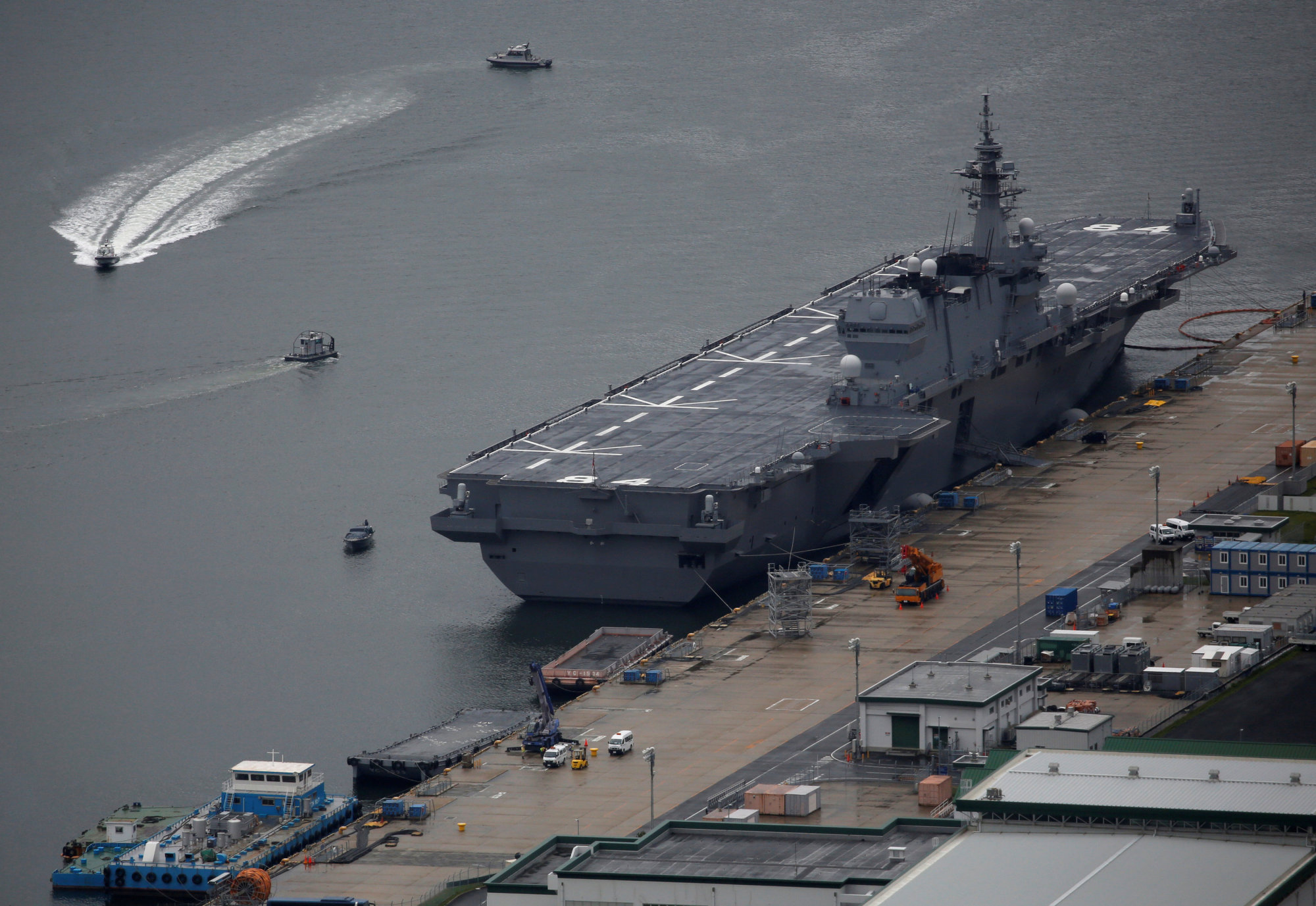 The three Japan Maritime Self-Defense Force (JMSDF) ships named KAGA – a multi-purpose operation destroyer and MURASAME and FUYUZUKI – two other destroyers, arrived at the port of Colombo on an official visit today.

Upon their arrival, the visiting ships were welcomed by Sri Lanka Navy in accordance with naval traditions.

FUYUZUKI sailing under the command of Commander OSE Koichiro is a 151m long platform with 220 crew members. The ship arrived in Colombo on a replenishment purpose and will leave the island tomorrow (03rd October).

KAGA is a 248m platform manned by a crew of 210 under Captain Nishida Satoshi, its Commanding Officer.

MURASAME is a 151m long ship with 200 crew members. The ship is commanded by Captain Kashiwagi Yuichirou.

The two ships which arrived in Colombo from Australia are scheduled to take part in a joint naval exercise ‘JA- LAN EX’ with the Sri Lanka Navy during the visit and will set sail on 04th October.

All the proceedings relating to the visit of the JMSDF ships are scheduled to be conducted while adhering to COVID-19 protocols due to the pandemic. (Colombo Gazette)