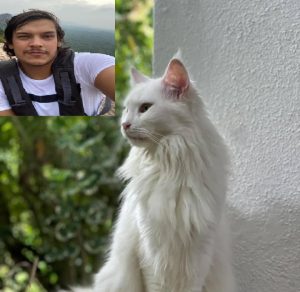 In a message posted on Facebook, Rohitha Rajapaksa said that his cat had gone missing.

He said the cat was last seen in the Beddagana area.

“Missing cat , please if you all see her, send me a message – last seen in baddagana area , finders will be rewarded,” Rohitha Rajapaksa said on the Facebook post.

The Prime Minister’s son also posted an image of the white cat on Facebook. (Colombo Gazette)