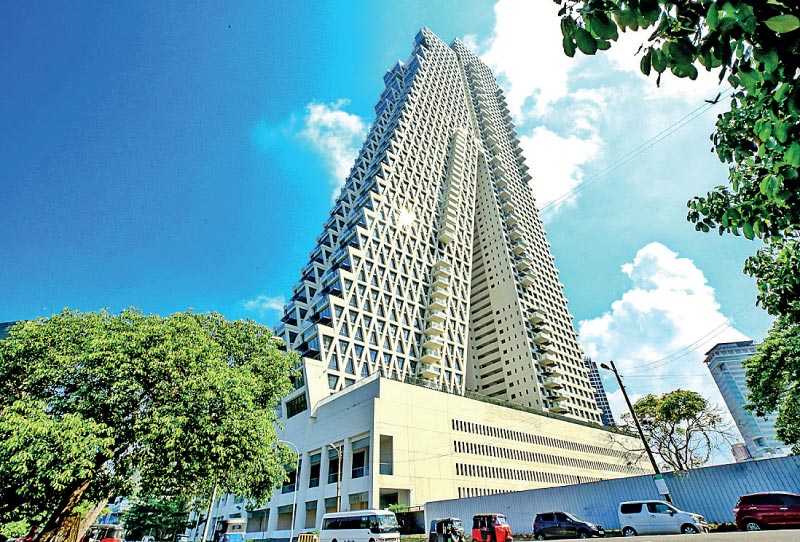 Sources at the company, who did not wish to be named, told Daily Mirror that there is strong suspicion the fire was caused with vested interests.

The fire on 21 September had caused minor damage to unit 10-A on the 10th floor of the building.

The developers of Altair have informed the Slave Island Police that while initially it was suspected that a technical fault with an indoor fan coil unit or an Air conditioning system caused the fire, it was now suspected that there was sabotage.

A technical team from the coil brand had visited the site and conducted their own investigations into the incident.

However, the Altair developers have told the Police that an internal investigation revealed there was no technical fault and that instead there was foul play.

Accordingly, the Police, including Scene of Crime Office (SOCO) officers visited the site on 26th September and commenced investigations.

The developer has also accused an architect of spreading misinformation over the fire and in the process also violating the confidentiality terms agreed upon.

Chief Fire Officer at the Colombo Municipal Council (CMC), P.D.K.A. Wilson had told Daily Mirror last week that the fire department had not been informed of the fire and that they got to know through images circulated on WhatsApp.

They had later visited the site and cautioned the management for not alerting the authorities about the fire despite it being successfully controlled by the system installed in the building.

Altair is a 240-meter skyscraper with 68 floors and more that 400 condos. (Courtesy Daily Mirror)

Man kills woman and child and commits suicide in Galgamuwa