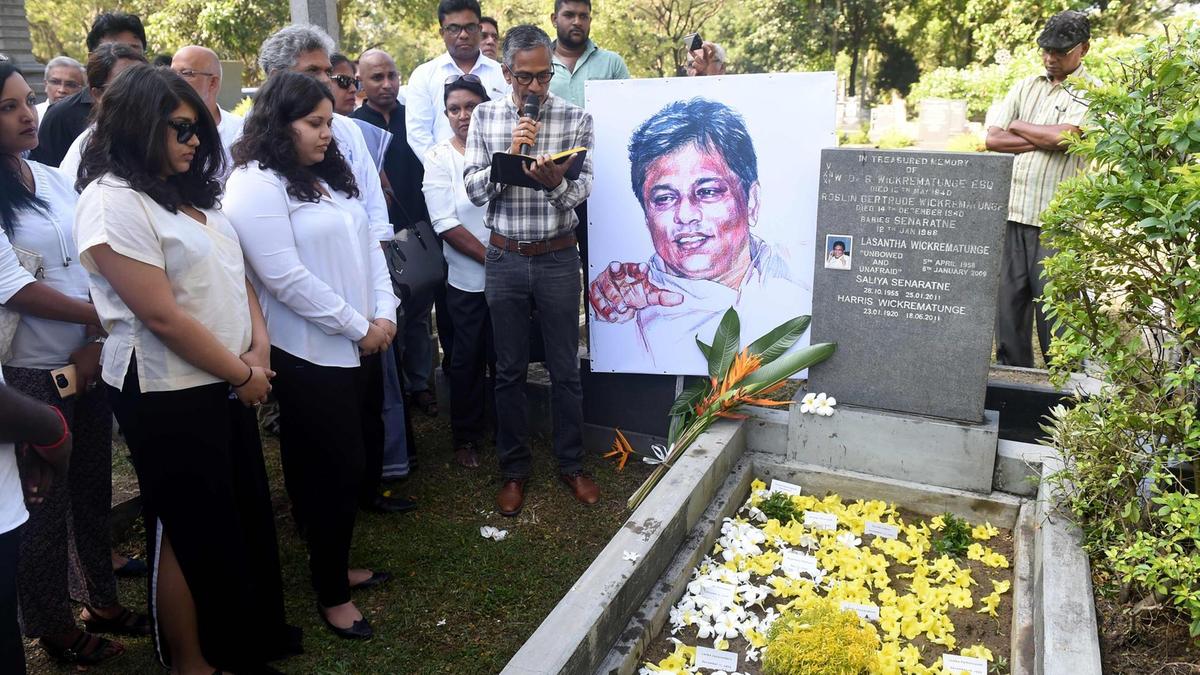 Leading press freedom organisations have taken the case over the murder of journalist Lasantha Wickrematunge to The Hague.

In an unprecedented effort to achieve justice for the killing of journalists, three leading press freedom groups have established a People’s Tribunal to investigate their murders and hold governments accountable.

The Tribunal, a form of grassroots justice, relies on investigations and high quality legal analysis involving specific cases in three countries. An opening hearing will be held on 2 November in The Hague.

In a major push towards justice, leading press freedom organisations Free Press Unlimited (FPU), Reporters Without Borders (RSF) and the Committee to Protect Journalists (CPJ), requested the Permanent People’s Tribunal to convene a People’s Tribunal on the Murder of Journalists. People’s Tribunals are designed to hold states accountable for violations of international law by building public awareness and generating a legitimate evidence record, and play an important role in empowering victims and recording their stories. The People’s Tribunal on the Murder of Journalists, will indict the governments of Sri Lanka, Mexico and Syria for failing to deliver justice for the murders of Lasantha Wickrematunge, Miguel Ángel López Velasco, and Nabil Al-Sharbaji.

Renowned human rights lawyer Almudena Bernabeu will lead the prosecution for the opening hearing. A keynote address will be delivered by Baroness Helena Kennedy of the Shaws QC, member of the High Level Panel of Legal Experts on Media Freedom.