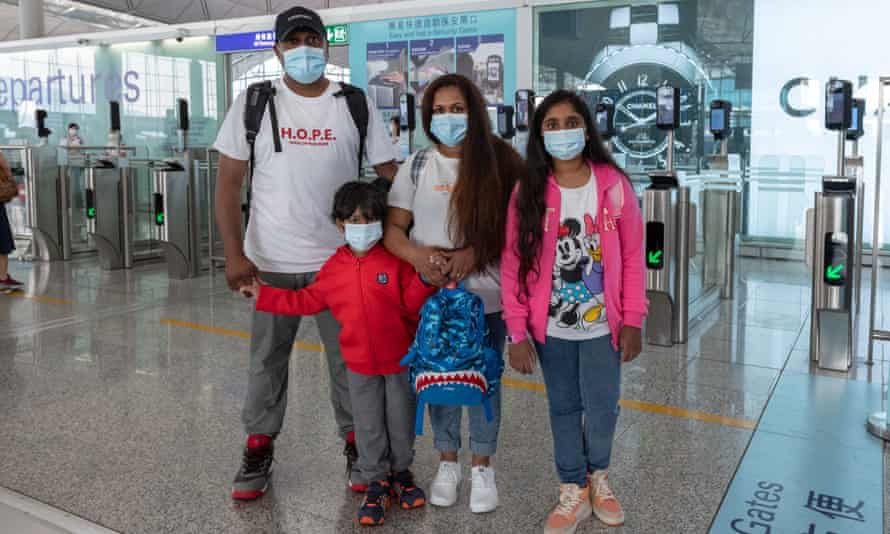 Canada has granted asylum to four people originally from Sri Lanka who hid former NSA contractor Edward Snowden in their tiny Hong Kong apartments when he was on the run after stealing a trove of classified documents, the AFP news service reported.

The four – Supun Thilina Kellapatha, Nadeeka Dilrukshi Nonis and their children Sethumdi and Dinath – landed in Toronto on Tuesday and were due to go on to Montreal to “start their new lives”, non-profit For the Refugees said in a statement.

The non-governmental group had in 2019 sponsored two other Snowden “Guardian Angels” Vanessa Rodel and her daughter Keana, originally from the Philippines but living in Hong Kong at the time, while continuing to lobby the Canadian government to take in others they said faced persecution in the former British colony.

Originally from Sri Lanka, Kellapatha, Nonis and their two children had faced deportation after their initial refugee claims in Hong Kong were rejected.

A seventh member of the group, Sri Lankan army deserter Ajith Pushpakumara, remains in Hong Kong, where “his safety is still at risk”, according to For the Refugees, which renewed its call for Ottawa to expedite his asylum claim.

“We are happy with the end result – at least for six of the seven,” For the Refugees president Marc-Andre Seguin told Agence France-Presse.

“Although we welcome the arrival and start of a new chapter in the lives of this family of four, we cannot ignore that Ajith has stayed behind,” he said.

“We are asking that Canada [again] do the right thing and admit the last of Snowden’s Guardian Angels before it’s too late.”

In 2013, Snowden revealed thousands of classified documents exposing vast US surveillance put in place after the September 11 attacks.

He fled and was stranded in Hong Kong. The group of refugees agreed to shelter him for about two weeks until he could fly to Russia, where he now lives.

Their role in the saga was only revealed in the 2016 Oliver Stone film about Snowden, which left them in “constant fear and worry” in Hong Kong, said For the Refugees. (Colombo Gazette)