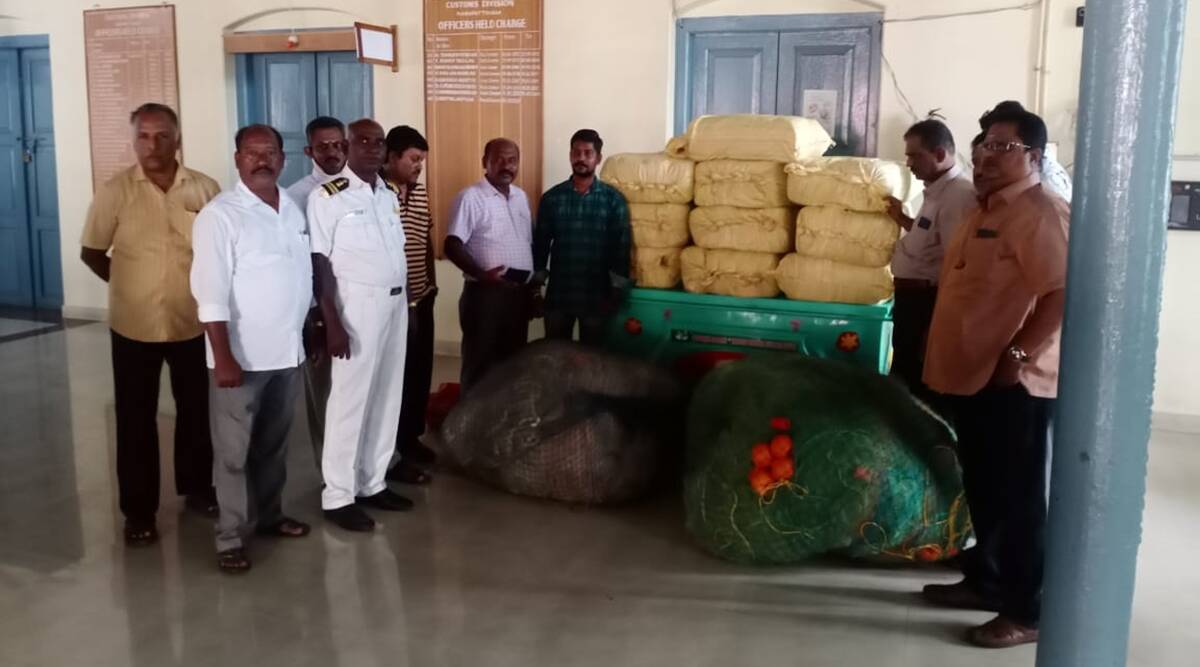 Indian Customs Department officials seized 150 kilos of ganja being smuggled to Sri Lanka near the Nagapattinam port from a boat allegedly owned by a popular Tamil vlogger.

Acting on a tip-off that drugs were being smuggled to Sri Lanka, the customs officials had conducted an intensive search at Nagapattinam port, Keechankuppam, Akkaraipettai and other surrounding coastal areas last night (Monday), the Indian Express reported.

At Nagapattinam port, the officials noticed a group of people loading bags into a boat. When the officials reached the boat, the group fled the scene, leaving the goods and other vehicles.

“The accused is absconding. About 10 bags which contained about 15 kgs of Ganja in each of them have been seized by the customs department. Four motorcycles have also been seized. He had used his fibre boat for transportation of these contrabands on the pretext of running a Youtube channel,” he said.

Customs officials are on the lookout for the rest of the suspects connected with the drug smuggling. The exact value of the seized drug is yet to be ascertained.

The ‘Nagai Meenavan’ Youtube channel has 687K subscribers. Gunaseelan used to upload videos regularly about different varieties of fishes he used to catch and sometimes even cook on his boat. (Colombo Gazette)