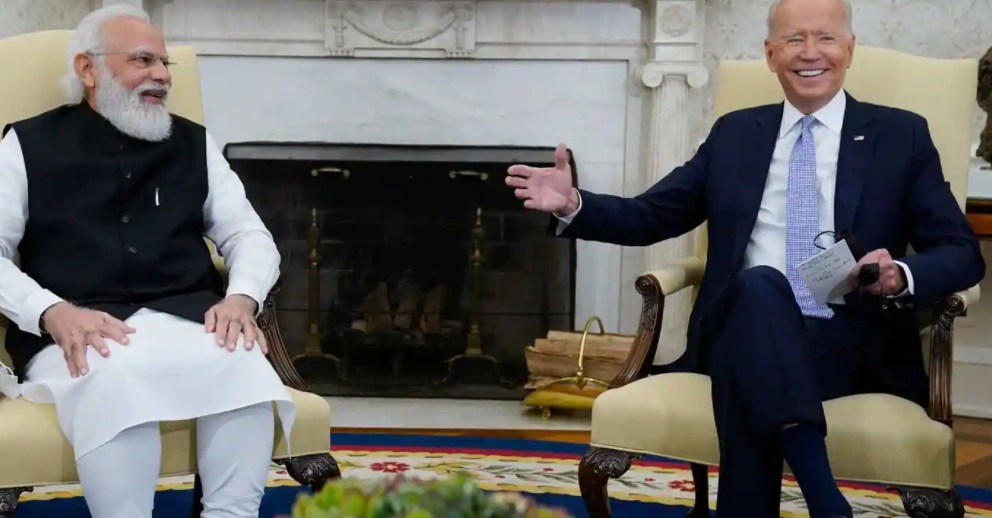 Indian Prime Minister Narendra Modi has cemented himself as a global leader of the 21st century following his successful visit to the US.

Modi was in the US last week on a three-day packed tour, during which he had productive bilateral and multilateral engagements.

Following his visit Modi expressed confidence that the relationship between India and the US will grow even stronger.

“Over the last few days, have had productive bilateral and multilateral engagements, interaction with CEOs and the UN address. I am confident the India-USA relationship will grow even stronger in the years to come. Our rich people-to-people linkages are among our strongest assets,” PM Modi tweeted ahead of his return from the United States.

While in the US, the Indian Prime Minister addressed the 76th session of the United Nations General Assembly, attended the first in-person Quad summit meeting and held bilateral and multilateral engagements, including with US President Joe Biden, US vice president Kamala Harris and his Australian and Japanese counterparts—Scott Morrison and Yoshihide Suga—respectively.

The spokesperson of the Ministry of External affairs in India, Arindam Bagchi termed the Prime Minister’s US visit as “landmark”.

Modi commenced his engagements during his first visit to the US since the outbreak of the coronavirus pandemic, by meeting five top American corporate leaders from key sectors ranging from drones to 5G, semiconductor, and solar and encouraged them to step up their investments by highlighting the vast opportunities in India. Two of them were Indian Americans—Shantanu Narayen from Adobe and Vivek Lall from General Atomics. He also met Cristiano E Amon from Qualcomm, Mark Widmar from First Solar, and Stephen A Schwarzman from Blackstone.

Prime Minister Modi held his first in-person meeting with US vice president Kamala Harris at the White House a day ahead of his highly anticipated bilateral meet with US President Joe Biden. Modi praised Harris as a “source of inspiration” and extended an invitation to her to visit India. This was PM Modi’s first in-person meeting with Harris after she made history by becoming the first Indian-origin person to become the vice president of America. Harris called upon Pakistan to act against terrorist groups operating from its soil to ensure they do not threaten the security of both the United States and India and underscored the need to closely monitor Islamabad’s support for terrorism.

Prime Minister Modi received a warm welcome from Biden at the White House as they held their first bilateral meeting. The two leaders discussed a wide range of priority issues, including combating the coronavirus pandemic, climate change, economic cooperation and ensure stability in the Indo-Pacific region. Biden said that the relationship between the two countries is “destined to be stronger, closer and tighter”, as PM Modi rolled out a 10-year road map for growing ties based on four Ts of talent, technology, trade, and trusteeship. Biden even recounted a story he has told many times before that of people in India with the same surname as his. Modi said that since Biden last told him about it, he got some research done into it and has brought along some genealogy documents for the president.

Later that day, PM Modi attended a meeting of the leaders of the United States, Japan and Australia for the Quad Summit and pledged to work together for ensuring peace and prosperity of the Indo-Pacific and the world. President Biden said the four democracies have come together to take on common challenges from Covid-19 to climate. He also said that the group has democratic partners who share world views and have a common vision for the future.

PM Modi addressed the UNGA session and cautioned about countries with “regressive thinking” that are using terrorism as a “political tool”. He called for efforts to ensure no country takes advantage of the “delicate situation” in Afghanistan for “its own selfish interests”. He did not name any county, but he was clearly pointing to Pakistan. He underscored the strength of India’s democracy as he talked about his own rise from a tea seller at a railway station to that as prime minister.

Following the visit Modi brought home 157 artefacts and antiquities, which were handed over to India by the US. The Prime Minister and US President Biden expressed their commitment to strengthening efforts to combat theft, illicit trade and trafficking of cultural objects. According to an official statement, nearly half of the artefacts are cultural, and the rest are figurines related to Hinduism, Buddhism and Jainism—including the one-and-a-half metre bas relief panel of Revanta in sandstone of the 10th CE to the 8.5 cm tall, exquisite bronze Nataraja from the 12th CE.