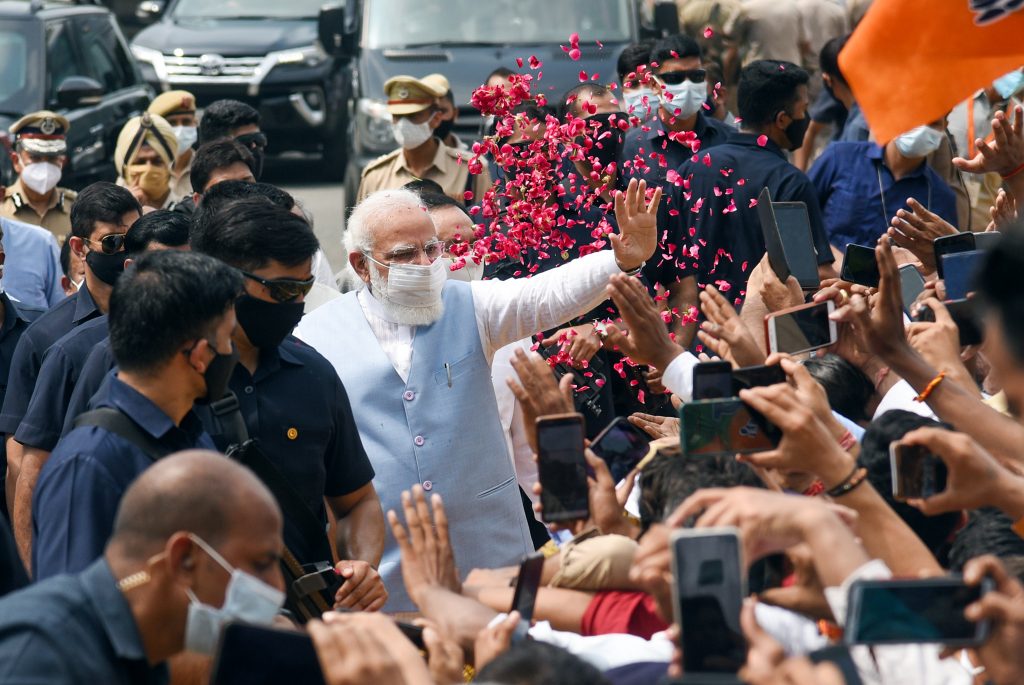 Prime Minister Narendra Modi was given a warm welcome by BJP leaders, including party chief JP Nadda, after his arrival from the US at the Palam airport on Sunday.

Modi, who walked for nearly two kilometres meeting party workers and the people lined up along the road outside the airport, thanked them for welcoming him.

Lavishing praise on the prime minister upon his arrival in the country from the United States, Nadda hailed him as a “global leader” who has made India a “global player”. Citing Modi’s meetings with US President Joe Biden and Vice-President Kamala Harris, besides his participation in the Quad meet and address at the UNGA, the BJP president said the prime minister put across strongly and frankly global issues and also India’s views over threats like terrorism and expansionism.

The BJP workers gathered at the airport’s technical area hours before the prime minister’s arrival. A stage was also prepared for Modi to greet the people outside the airport. (Courtesy News 18)