Pakistan has rubbished claims that Sri Lanka was outraged over the destruction of Buddhist sites in Pakistan.

The Pakistan High Commission in Colombo said that the incident where some Buddhist sites in Pakistan were destroyed was an isolated incident which occurred in 2020.

The ANI news service had reported that the destruction of a number of Buddhist heritage sites in Pakistan had angered Sri Lanka.

According to ANI, Buddhist carvings and stupas and statues of Buddha, especially in Swat valley, had been demolished.

The Pakistan High Commission in Colombo said that the Pakistan Government had responded to these reports earlier.

The High Commission also noted that the Pakistan takes the sanctity of hold places of all religions seriously.

It also accused the Indian media of being hell bent on reporting fake news. (Colombo Gazette) 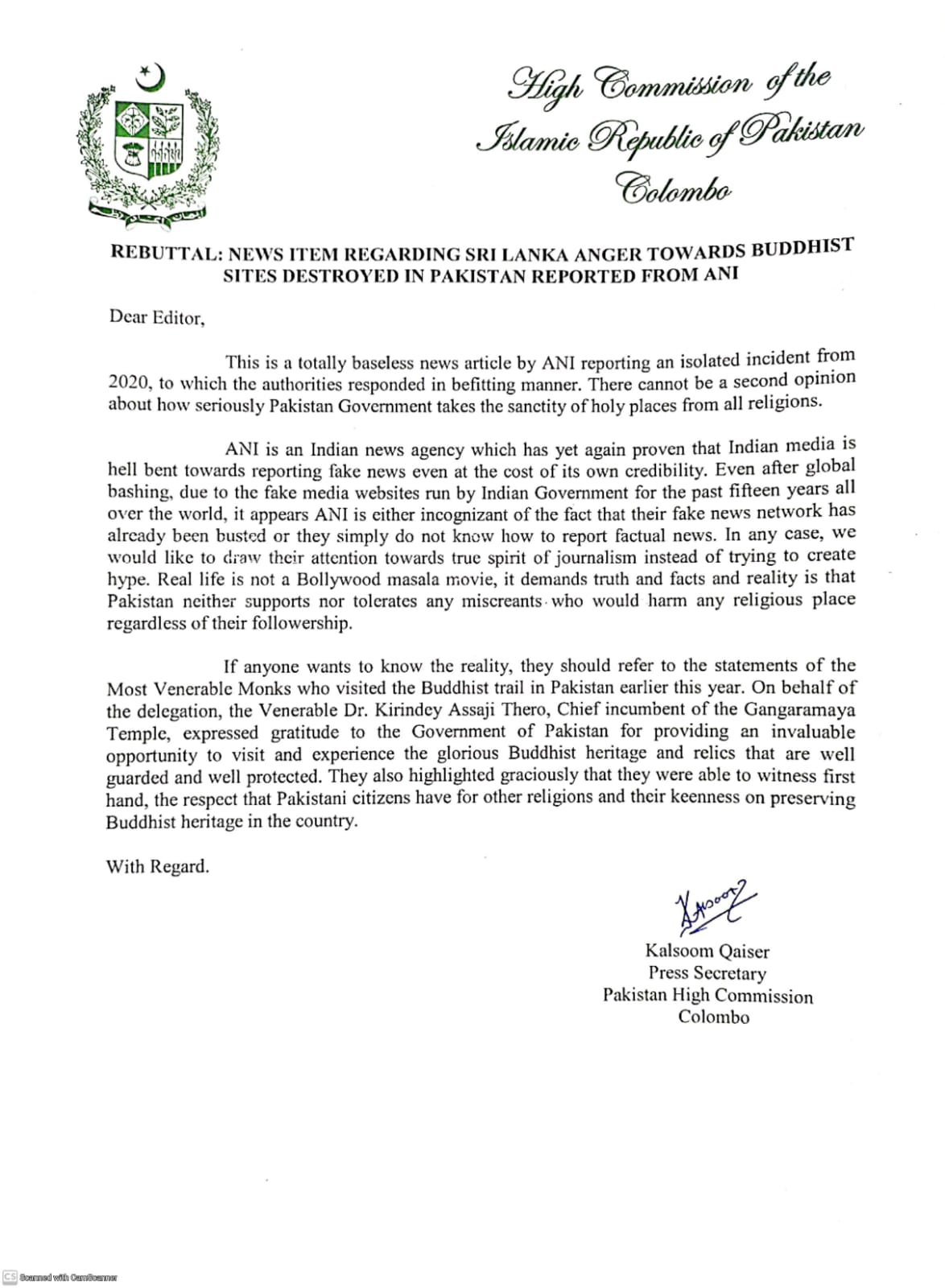