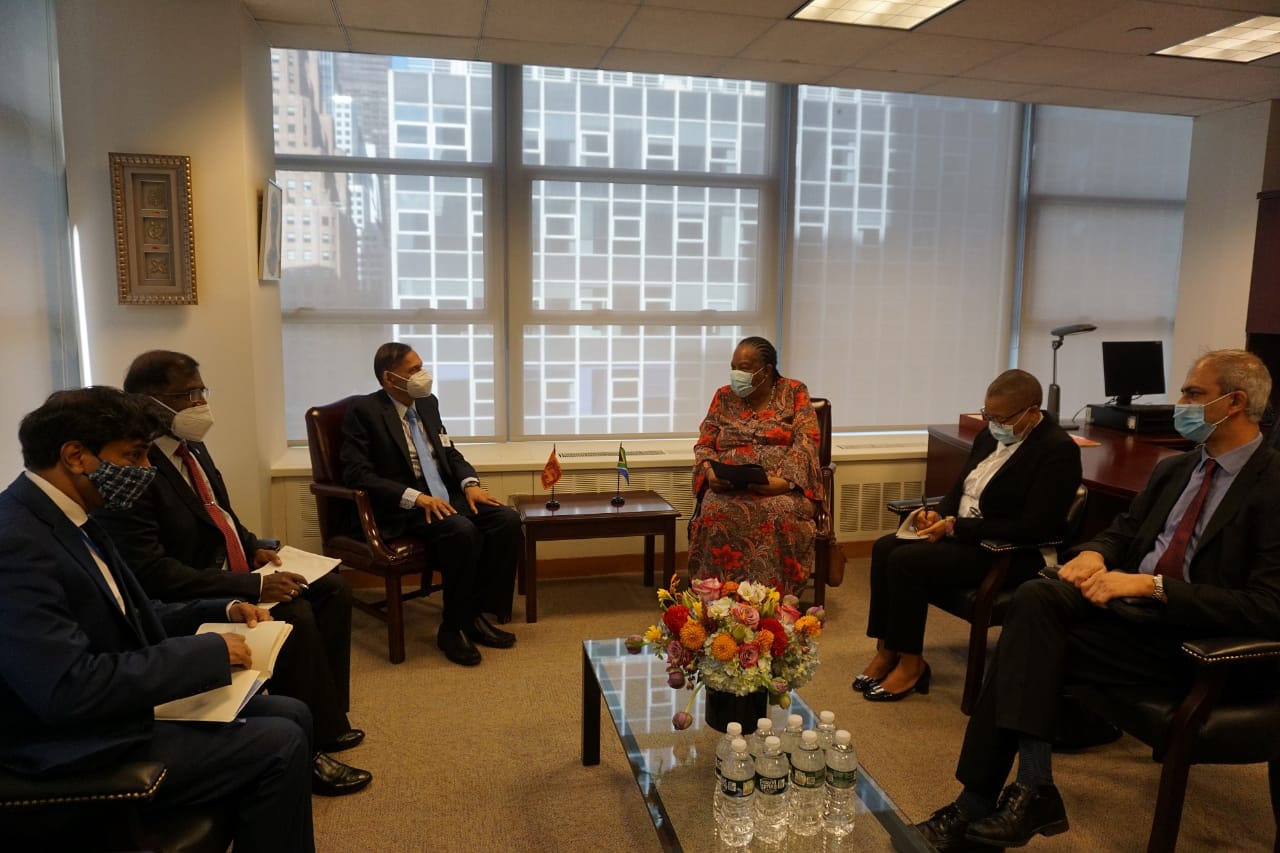 Sri Lanka and South Africa have had talks on the reconciliation process.

South African Minister for International Relations and Cooperation Dr. Naledi Pandor received Foreign Minister Prof. G.L. Peiris at the Permanent Mission of South Africa in New York for a bilateral meeting, on the sidelines of the 76th Session of the United Nations General Assembly.

Minister Pandor congratulated the Minister on his appointment as Foreign Minister and recalled the close and friendly bilateral ties between the two countries. Minister Peiris recalled his long association with South Africa dating to his Doctoral work where he had visited South African Universities and conducted a series of lectures on Constitutional Law.

The Minister also recalled fondly his close friendships and connections with prominent and leading South African Minister Dullah Omar, and leading personalities Roelf Meyer and Ebrahim Ebrahim, who played pivotal roles in the freedom struggle against the Apartheid government and several visits undertaken to South Africa at a High Level. He said that former President Mahinda Rajapaksa had attended the funeral of the late President Nelson Mandela.

The Minister highlighted that Sri Lanka had closely looked at South Africa’s rich experience and unique history in the areas of reconciliation and truth, and while noting that many aspects were particular to South Africa’s own national experience, Sri Lanka had carefully reflected on some aspects of this experience. Minister Peiris briefed his South African counterpart about Sri Lanka’s own initiatives, including its own Office of Missing Persons and Office of Reparations and their contribution towards Sri Lanka’s post conflict development and national unity.

Minister Pandor highlighted that South Africa was pleased to share their experiences and lessons with countries looking to address post conflict issues and that they continued to learn lessons in addressing past human rights abuses and on issues related to reparations.

Minister Peiris invited his counterpart to visit Sri Lanka to expand on the rich bilateral relations between the two sides. Minister Pandora also extended an invitation for the Minister to visit South Africa and renew close ties. The two Ministers appreciated the deep and close ties of friendship between the two countries and close cooperation in the multilateral arena. (Colombo Gazette)