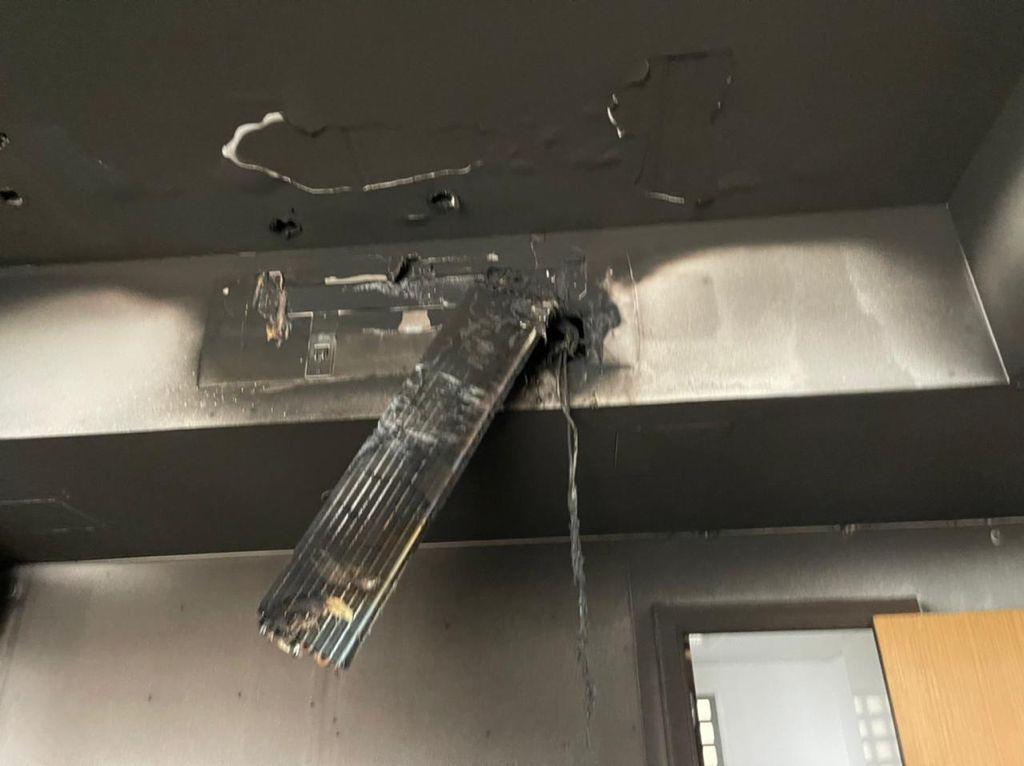 The management of Altair, a luxury residential and commercial building in Colombo, have been cautioned for failing to report a fire this week.

The Colombo Municipal Council (CMC) fire unity said that it was not aware of the minor fire this week until they saw video clips being shared on WhatsApp.

Chief Fire Officer at the CMC, P.D.K.A. Wilson told Daily Mirror that the fire had erupted in unit 10-A on the 10th floor of the building.

He said that an air-conditioning unit in the unit had caught fire, but it was controlled by the fire control and extinguishing system installed in the building.

‘All new buildings are required to have in place a fire safety system. So, the system in this building worked and the fire was extinguished in 2-3 minutes,” he said.

Wilson said that once the fire alarm was activated the fire crew stationed at the building had rushed to the apartment and found the fire had already been extinguished.

As a result, Wilson said that the Fire Department was not informed of the fire.

Investigations revealed that a fault in the electrical equipment linked to the air-conditioning unit had caused the minor fire.

The Fire Department has advised the management of the building to obtain a report from the supplier of the air-condition to further study the cause of the fire.

“We see this as a small incident. But we were surprised that we were not informed ,” Wilson said.

He noted that the management of the building were cautioned for not informing the Fire Department despite the fire being brought under control.

Wilson said that as professionals the Fire Department needs to give the all clear although the building was not yet occupied.

However, at the same time, Wilson asserted that the Fire Department was satisfied with the system in place at the building as the fire was extinguished within minutes.

The management of the building could not be reached for a comment.  (Courtesy Daily Mirror)