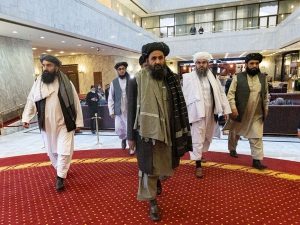 Kabul [Afghanistan], September 3 (ANI): The Taliban on Thursday said that it will primarily rely on financing from China for an economic comeback in Afghanistan.

With the help of China, the Taliban will fight for an economic comeback in Afghanistan, said Taliban spokesperson Zabihullah Mujahid to an Italian newspaper, reported Al Jazeera.

In his interview published by La Repubblica on Thursday, Mujahid said the Taliban will fight for an economic comeback with the help of China.

“China is our most important partner and represents a fundamental and extraordinary opportunity for us, because it is ready to invest and rebuild our country,” the Taliban spokesperson was quoted as saying in the interview, reported Al Jazeera.

He said the New Silk Road – an infrastructure initiative with which China wants to increase its global influence by opening up trade routes – was held in high regard by the Taliban.

There are “rich copper mines in the country, which, thanks to the Chinese, can be put back into operation and modernized. In addition, China is our pass to markets all over the world.”

Following the chaotic departure of foreign troops from Kabul airport in recent weeks, Western states have severely restricted their aid payments to Afghanistan.

Afghanistan desperately needs money, and the Taliban is unlikely to get swift access to the roughly USD 10 billion in assets here mostly held abroad by the Afghan central bank, reported Al Jazeera. (ANI)