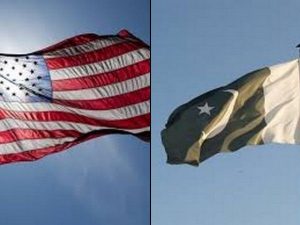 Islamabad [Pakistan], September 3 (ANI): In the wake of the Taliban takeover of Afghanistan, the Biden administration is pressing Pakistan to cooperate on fighting terrorist groups such as Islamic State – Khorasan (ISIS-K) and Al Qaeda.

Nahal Toosi, writing in POLITICO, said that in response to help to the US, Pakistan wanted more public recognition of its role in helping people now fleeing Afghanistan.

These exchanges and others, described in emails, sensitive but unclassified cables and other written materials obtained by POLITICO, offer a glimpse into how tensions between Washington and Islamabad linger after two decades of war in Afghanistan.

They suggest that the two governments are far from lockstep on the road ahead, even now that the United States has pulled its troops from Afghanistan.

In one discussion with a US official, for instance, Pakistani Ambassador to the United States Asad Majeed Khan appeared to question reports that the Taliban are carrying out revenge attacks in Afghanistan — including claims that the group has been executing its perceived enemies in door-to-door raids, said Toosi.

Meanwhile, in Islamabad, the US embassy is being strained by the Afghan refugee crisis. US diplomats were scrambling just days ago to get answers from Washington to an array of questions about how to handle the influx of people arriving in Pakistan from neighboring Afghanistan, reported POLITICO.

The Pakistani embassy in Washington did not immediately answer questions for this story submitted via email Thursday. A spokesperson for the State Department said, “We don’t comment on leaked documents, nor do we comment on private diplomatic conversations.”
The Biden administration has been unusually circumspect about revealing its contacts and discussions with Pakistan.

While Pakistan’s actions often appear at odds with the United States, it nonetheless is a nation with links to the Afghan Taliban whose cooperation in fighting terrorism can be helpful. It’s also a nuclear-armed country American officials would prefer not to lose entirely to Chinese influence, said Toosi.

Also, President Joe Biden has not spoken yet with Pakistani Prime Minister Imran Khan. In the past month, as the Taliban made rapid gains across Afghanistan, Secretary of State Antony Blinken spoke directly only once to Pakistani Foreign Minister Shah Mahmood Qureshi, according to what’s been made public by the State Department, reported POLITICO.

Pakistani security forces had long fostered the Afghan Taliban, effectively supporting their harsh rule in 1990s Afghanistan. Following the US invasion, Islamabad is alleged to have harbored Taliban leaders and fighters on its soil, undermining US efforts to defeat the Islamist militia, said Toosi.

Some analysts also suspect Pakistani training and tactical assistance helped the Taliban quickly sweep to power in Afghanistan over the past month.
Former officials say that, among other reasons for its support, Pakistan sees the Afghan Taliban as a partner in any future fight against rival India, Toosi observed.

Pakistan also helped deliver Afghan Taliban leaders to peace talks with the United States and the now-fallen Afghan government, even as Islamabad has long officially dismissed the idea that it actively supports the Afghan Taliban.

The Afghan Taliban’s triumph in August may not prove a long-term victory for Pakistan. The win has emboldened groups like the Pakistani Taliban, who have long used terrorist attacks and other means to try to overthrow the Pakistani government.

Moreover, the refugee crisis sparked by the Taliban’s victory in Afghanistan, too, is sure to test Pakistan, which already hosted numerous people displaced from the neighboring country. (ANI)