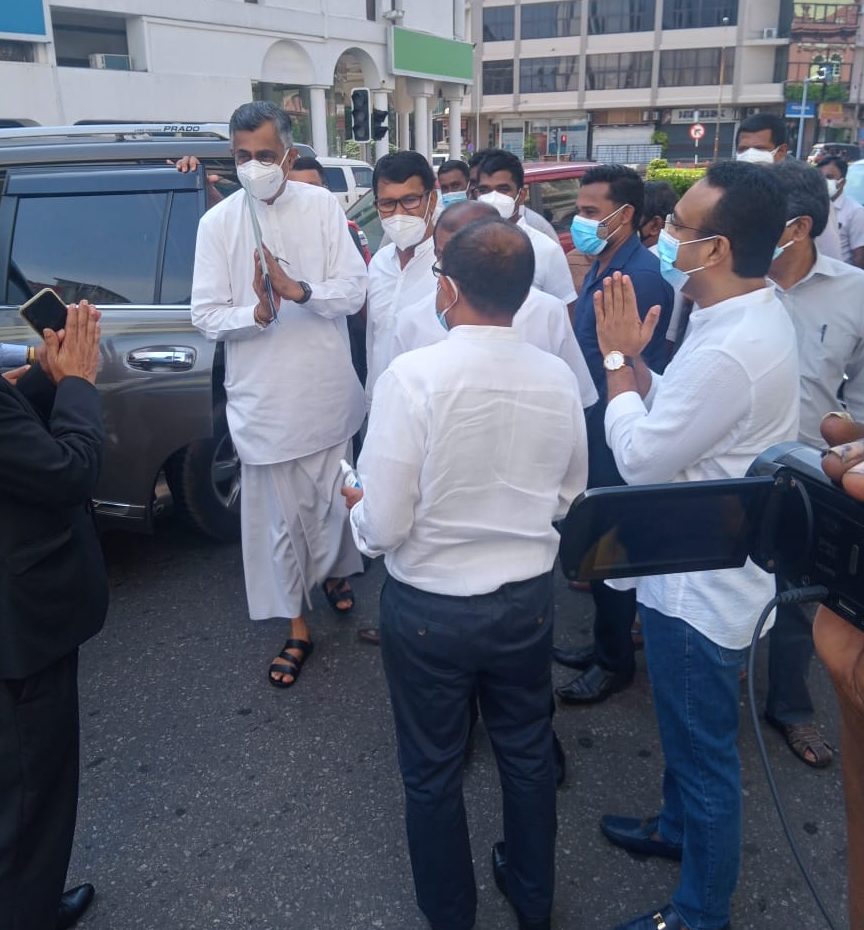 The MP was questioned for just over 3 hours by the CID at the CID headquarters in Colombo.

Ranawaka had been ordered to appear before the CID to be questioned over the alleged misappropriation of State funds when he was a Minister.

Patali Champika Ranawaka was the Minister of Megapolis and Western Province Development in the previous administration. (Colombo Gazette)