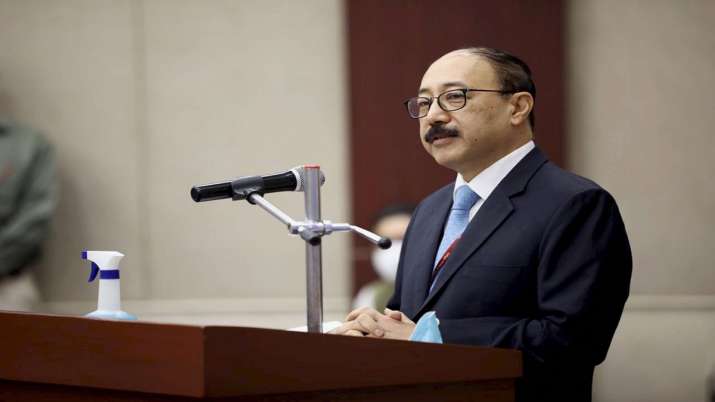 The issue of China as a “very major global player” comes up during Prime Minister Narendra Modi’s discussions with his counterparts from Australia and Japan in bilateral meetings on Thursday, Foreign Secretary Harsh Vardhan Shringla informed.

Addressing a special press briefing on PM Modi’s first day of engagements in the US, Shringla said that a number of issues involving bilateral and regional issues of interest were discussed in the meetings.

“In Prime Minister’s bilateral meetings with Prime Ministers of Australia and Japan, discussions were wide-ranging encompassing a number of issues that involve bilateral and regional issues of interest. Obviously, the issue of China as a very major global player did come up and of course, this is one of the many issues that were discussed,” the foreign secretary said when asked if the reference of conduct of China over the last couple of years emerged during PM Modi’s discussions with Prime Ministers of Australia and Japan in bilateral meetings.

These meetings came a day ahead of the first in-person summit of the Quad, quadrilateral cooperation between Australia, India, Japan, and the United States.

Besides PM Modi, Japanese PM Suga and Prime Minister Scott Morrison of Australia will also participate in the summit hosted by the US President on September 24. As per the Ministry of External Affairs (MEA) statement, PM Modi discussed the Indo-pacific region in meetings with his Australian and Japanese counterparts.

China earlier termed Quad as an “Asian NATO”, which was vehemently opposed by the External Affairs Minister S Jaishankar at the inaugural 2+2 ministerial meeting between India and Australia. Prime Minister Modi arrived in Washington on Wednesday for his much-touted US visit. (Courtesy ANI)