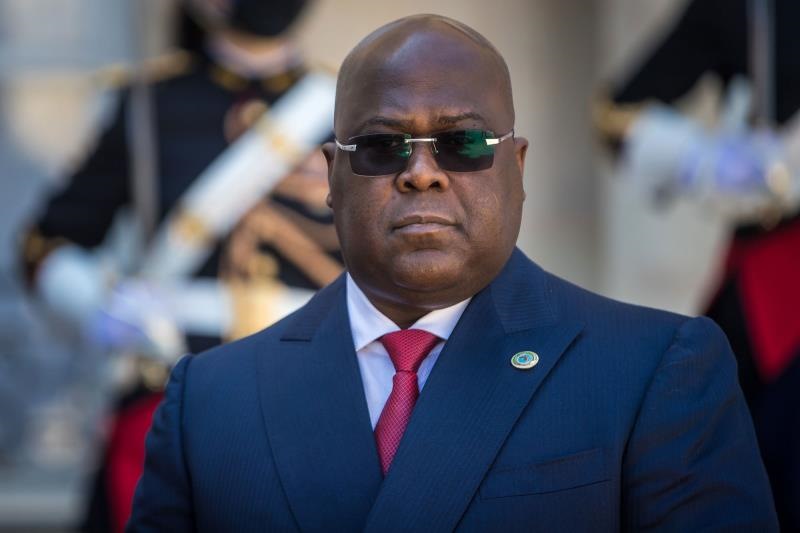 China is increasingly finding itself being cornered by African countries on investment-related matters with some of them cancelling contracts with Chinese companies as their “shoddy” work has become a source of tension for the ruling dispensations in several nations across the continent.

After Ghana cancelled the contract of Beijing Everyway Traffic and Lighting Tech Co Ltd, which was to develop an intelligent traffic management system for the country, President of Democratic Republic of Congo (DRC) Felix Tshisekedi has called for a review of mining contracts previously signed with China in 2008.

The DRC President said he wants to get fairer deals for his country. Unhappy with China’s exploitative tendency, he said, “Those with whom his country signed contracts are getting richer while DRC people remain poor.”

In 2008, then Congo President Joseph Kabila, who was in power from 2001 to 2019, signed deals with Chinese state backed firms Sinohydro Corp and China Railway Group. Under the agreement, these Chinese companies were to build roads, hospitals and bridges in Democratic Republic of Congo in exchange for a 68 percent stake in the country’s Sicomines venture.

But while Chinese companies got busy in the extraction of minerals from Congo’s mines immediately after signing of the agreement in 2008, people of this Central African country could see a few of infrastructure projects being completed, others only partially built or simply on the paper.

Lack of transparency is another issue that shrouded the China-led projects in Congo. Given this sordid picture, local residents in Kinshasa, Kisangani and other cities, unhappy with the Chinese companies’ approach towards road and other infra projects, asked President Tshisekedi to review the deal signed during then President Joseph Kabila’s regime.

Such developments have taken place at the time when China is coming under scathing international attacks for its imperious debt-trap diplomacy, which has resulted in several poor Asian, African and Latin American countries falling under unmanageable loan burdens.

According to the John Hopkins University School of Advanced International Studies’ China-Africa Research Initiative, between 2000 to 2019, China signed 1,141 loan commitments worth $153 billion with the African government and their state-owned enterprises.

Such whopping loan amounts have become unbearable for the poor African countries. Moreover, on account of the Covid-19 pandemic and its impact on the economy, several African countries have found it tough to service loans they have taken from China. Hence, with limited choice to manage debt burdens, African countries have preferred to suspend projects which are controversial or cut sorry figures on the accountability front.

In fact, in the first year of operation itself, the railway project reported loss of $98 million, making it difficult for Kenya to serve the loans properly. Since the Chinese funding is based on unviable terms and conditions, Kenya’s failure in servicing debt in time led to piling of loan interests. Kenya risked losing its lucrative Mombasa Port, the key seaport in East Africa which is important for trade and commerce for Congo, Burundi, Rwanda, South Sudan and Uganda.

To avoid it, the Kenyan High Court intervened and cancelled the railway project after it was reported in the local media that in addition to the Mombasa Port, Kenya would be asked by China to give control of the Nairobi-based Inland Container Depot too.

Significantly, most of the Chinese projects getting scrapped in Africa are part of Beijing’s ambitious Belt and Road Initiative and this is what worries Chinese authorities. “Of course, setbacks are inevitable. For starters, there is no denying that the BRI infrastructure projects often require a large volume of investment, putting extra pressure on some developing countries,” the Chinese government’s mouthpiece Global Times wrote in an editorial in May 2021.

In Sierra Leone, China-funded $400-million airport outside the capital, Freetown would have been completed in 2022 but for the scrapping of the project by the West African government. The mega project was commissioned by former Sierra Leone President Ernest BaiKoroma. But current President of the country Julius Maada Bio found the project unviable. He pitched for renovation of the current international airport instead.

Yet behind scrapping of China-led projects in Africa, there is one common fact: Corruption. It is alleged that contracts for projects in many African countries were signed by bribing local authorities. Besides, no objective assessment was made about a project before its execution. Then Beijing was found to be more desperate for disbursing loans over a project than realizing their economic consequences and utility of the project for a recipient country.

But now African countries are slowly by slowly getting conscious of the predatory nature of China’s loan diplomacy. The Zambian case has opened their eyes. They don’t want to be so burdened by loans from Beijing that in the event of their non-servicing on time, they have to pledge their assets to China. They don’t want their airports, ports, roads, and state-owned companies to be placed under Chinese hands. To evade it, they are scrapping unworkable China-backed projects and taking loans. Startled Beijing is trying to mollify African countries as their angst has potential to affect shipments of resources and minerals to China, which help in turning the wheels of its economy. However, in the post Covid-19 situation, Africans too have learnt to know the difference between chalk and cheese. (Courtesy The Singapore Post)