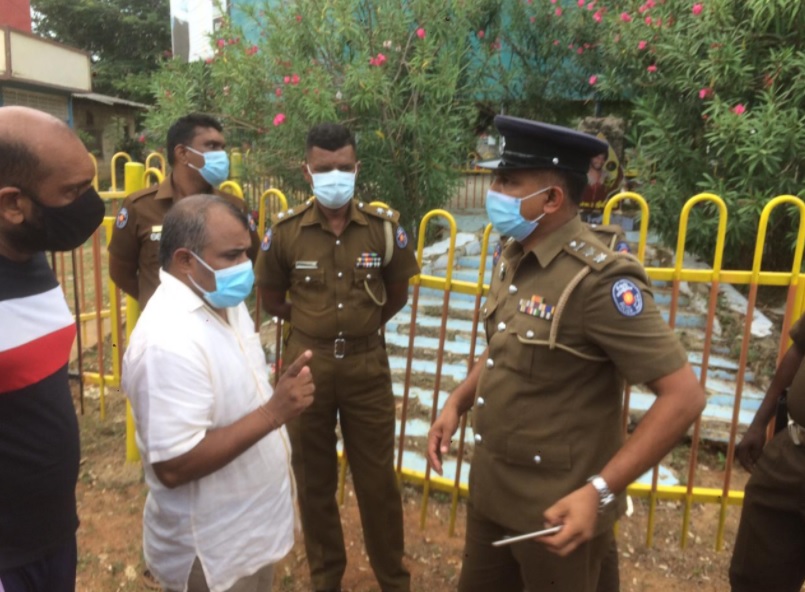 The Police said that Gajendran and two others were arrested for violating the quarantine regulations.

The Police eventually dragged the MP into a Police jeep and took him away.

Two others who attempted to obstruct the Police were also arrested.

All three were eventually released on bail. (Colombo Gazette)