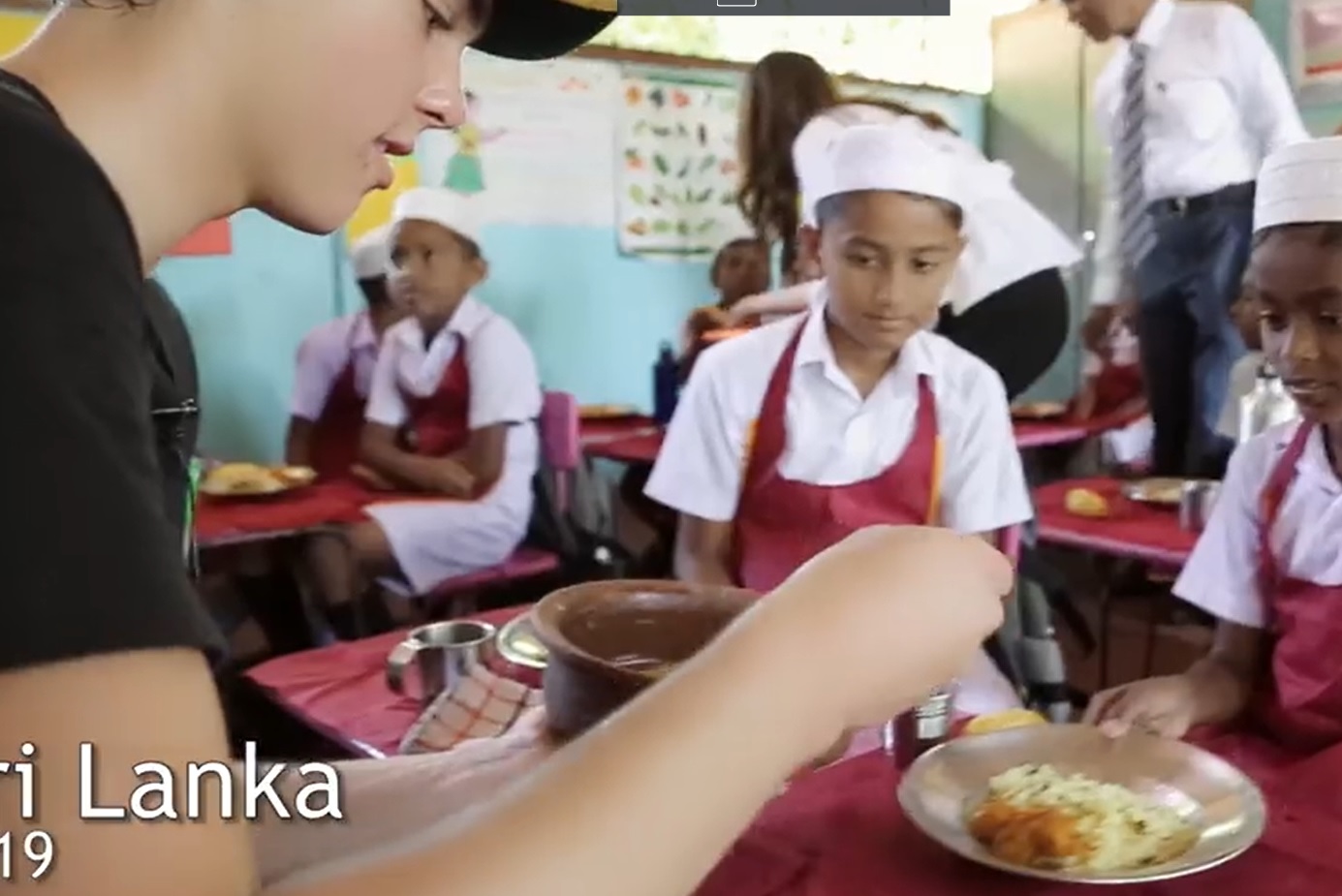 People magazine reported that in his latest project, the youngest son of Pierce Brosnan has directed a short film documenting his 2019 trip to Sri Lanka that highlights the partnership between Clarins x FEED. The collaboration focuses on aiding support school meal programs all over the world with the mission to end childhood hunger.

Paris, 20, both directed and narrated the short film, showing the daily lives of Sri Lankans as well as the efforts by Chairman of Clarins Group Christian Courtin-Clarins and FEED founder Lauren Bush Lauren.

“Ask yourself: What would the world look like if every child were fed?” Paris asks at the beginning of the film, above.

Courtin-Clarins and Bush Lauren revealed they had reached 36 million meals donated over the last 10 years.

“My dream would be to go to 40 [million],” Courtin-Clarins said, smiling.

“We can all find ways to help like participating the Clarins x FEED Gift with Purpose or donating directly to No Kid Hungry and the UN World Food Programme (WFP),” Paris said.

“A little goes a long way. Even if it’s small, my contribution to the Clarins x FEED collaboration works.”

This is the second time Paris has directed a short film for the Clarins x FEED partnership. In 2019, he travelled to Sri Lanka where he turned his camera to the people he met there who were being helped.

At the time, his parents, dad Pierce and mom Keely, expressed their pride in their son.

He added, “I’m over the moon for both of our sons.” (Colombo Gazette)