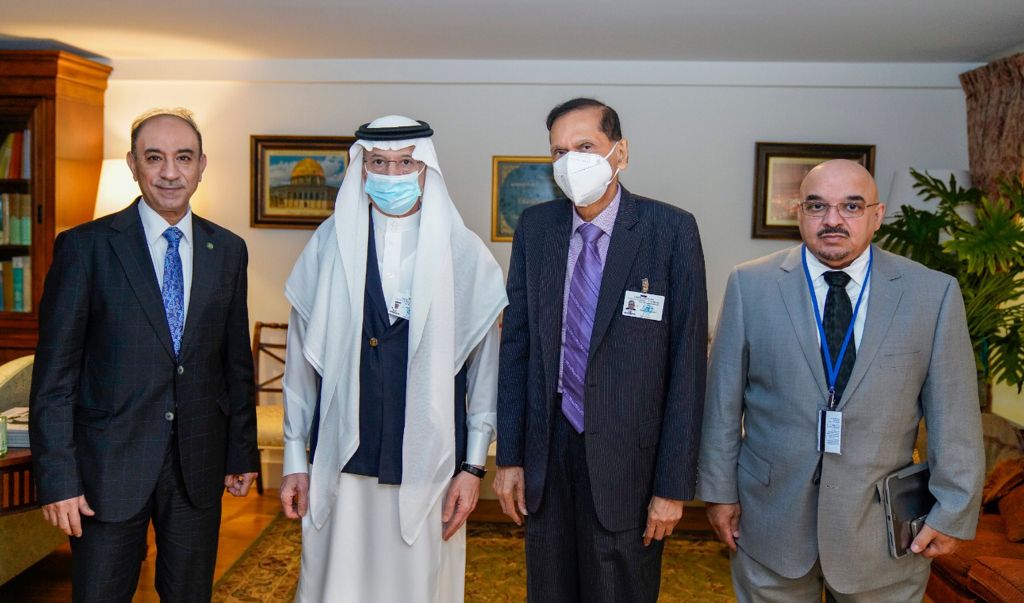 The Organization of Islamic Cooperation (OIC) has informed Sri Lanka that it stands against extremism.

Foreign Minister Prof. G.L. Peiris and the Secretary-General of the Organization of Islamic Cooperation (OIC) Yousef Al-Othaimeen reiterated the positive outcomes of integration among communities with the preservation of identity during a meeting on the eve of the high-level segment of the 76th Session of the United Nations General Assembly, in New York.

Minister Peiris recalled the telephone conversation between President Gotabaya Rajapaksa and the OIC Secretary-General earlier this year and noted the long-standing association and close ties between Sri Lanka and the Muslim world. Sri Lanka was among the first to recognize the State of Palestine and former President and current Prime Minister Mahinda Rajapaksa had founded the Sri Lanka Palestinian Friendship society, as a young member of Parliament and had served as its Chairman for the past 25 years.

The Minister also stated that Sri Lanka had continuously supported the Palestinian cause and in recognition a road had been named after former President Rajapaksa in Ramallah. The Foreign Minister appreciated the support that the OIC had extended to Sri Lanka in the multilateral arena, including at the Human Rights Council, where they had opposed countries being singled out for political purposes and urged that countries be allowed to solve their national issues.

Secretary-General Al-Othaimeen appreciated the close and long standing relations between Sri Lanka and the OIC and its member countries. He noted that the OIC was concerned about the welfare of Muslims globally and had always urged members of the Muslim community to respect local cultures and the law of the land. He noted the dangers of communities living in isolation and amongst themselves and not interacting with other communities – that was a recipe for division and disaster, thus paving the way for extremism. He appreciated the dialogue with the Government of Sri Lanka and the measures put in place to allow members of the Muslim community that had passed away from COVID-19, to be allowed to be buried according to the Muslim traditions. He underscored that the OIC stood against extremism, violence and hatred and noted the rise in misinformation with social media and other tools, where false information around the world was causing friction among communities.

The Minister said that Sri Lanka is a country where all are allowed to practise their traditions and cultures equally and without any discrimination or hindrance. The Minister also highlighted that the systems in place in the country have resulted in a number of prominent positions in government, the public sector and private sector being occupied by members of the Muslim community.

Foreign Minister Peiris extended an invitation for the Secretary-General to lead a delegation to Sri Lanka to see developments on the ground, first hand, given that a scheduled visit had to be postponed due to the COVID-19 pandemic. (Colombo Gazette)