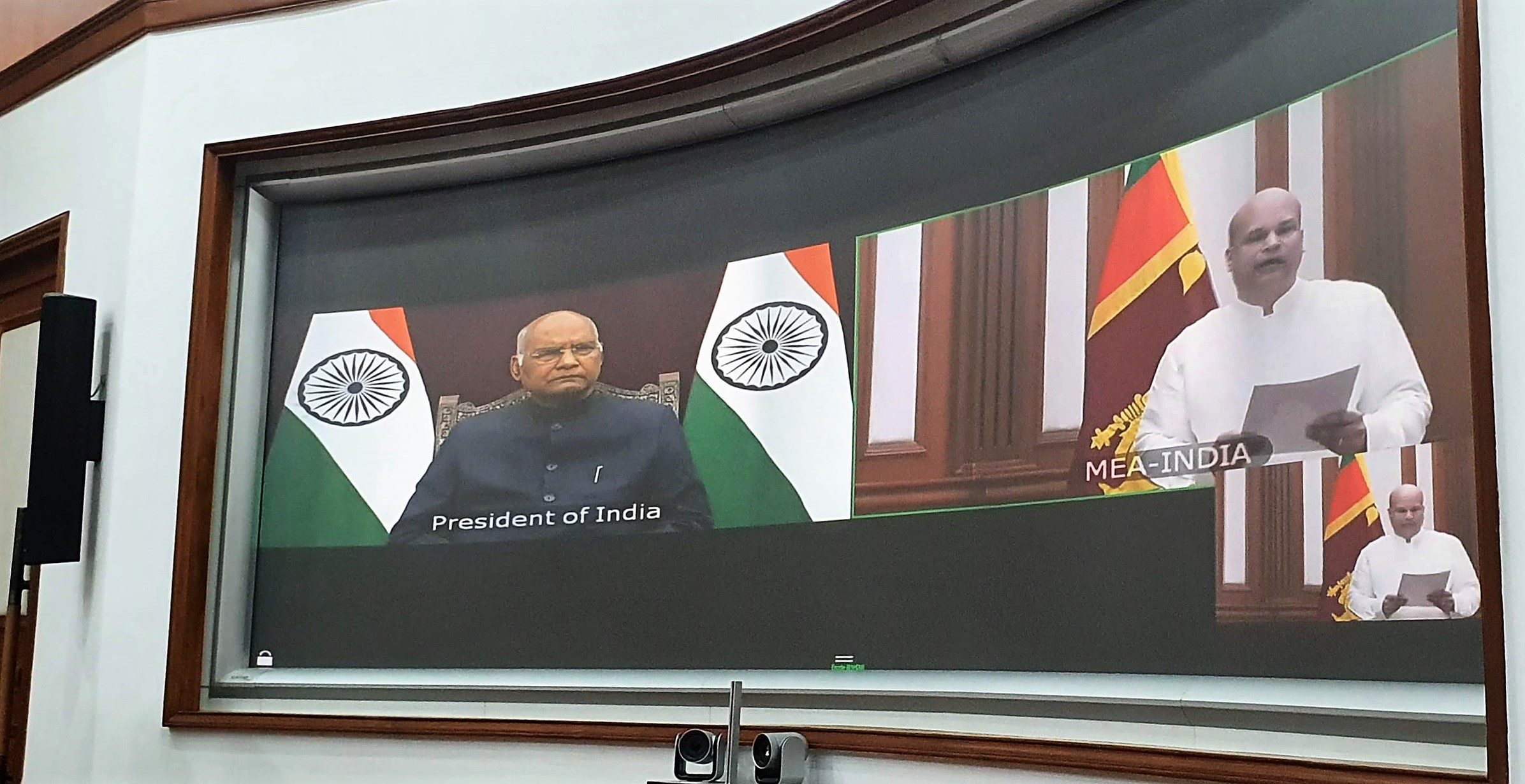 In keeping with the established practice in the context of the Covid-19 pandemic situation, the credentials ceremony was held virtually at the situation room of the Ministry of External Affairs. High Commissioner Moragoda presented his Letter of Credence to the President of India who linked with the Ministry of External Affairs from the Rashtrapati Bhavan.

Following the presentation of the Letter of Credence, High Commissioner Moragoda conveyed greetings from President Gotabaya Rajapaksa to President Ram Nath Kovind and expressed that the prime objective of his mission to India is to further develop the momentum of the existing partnership between the two countries, and to elevate that partnership to the level of a special relationship.

The High Commissioner observed that Buddhism is the most precious gift that India has bestowed upon Sri Lanka and informed the President of India that he has based his policy road map, the Integrated Country Strategy for Sri Lanka Diplomatic Missions in India, on the teachings of the Buddha. High Commissioner Moragoda also requested for the support of the President and the Government of India in realising the prime objective of his mission and to further strengthen the age-old, time-tested and multi-dimensional relations between the two countries.

In response, President Shri Ram Nath Kovind thanked High Commissioner Moragoda for his intervention and stated that Sri Lanka occupies a special place in India’s ‘Neighbourhood First’ and SAGAR policies. He recalled the extremely friendly, historical and multi-dimensional ties between the two countries and the existent strong bilateral development cooperation. The President of India, while expressing his hope that the close cooperation between the two countries would continue to grow, requested the High Commissioner to convey his warm regards to President Gotabaya Rajapaksa.

Milinda Moragoda is the twenty sixth envoy of Sri Lanka to India since Sir Baron Jayatilaka was appointed the Representative of Ceylon in 1942. (Colombo Gazette)